Darryl Suasua wants to use his knowledge of sport science to help the world of rugby. Photo Getty Images.


Darryl Suasua has spent a lifetime developing his skills as a player, a coach, mentor and co-author of  coaching courses for World Rugby, so what made him hang up his boots for study?

An experienced and talented coach, Suasua has given a lot back to the sport, rising through the rugby ranks to receive Queen’s Honours for his services and famously leading the Black Ferns to victory over several World Cups. He’s more recently known for his work with Counties Manukau Rugby as Head Coach for the Steelers and Director of Rugby, overseeing its high-performance rugby programmes.

This year, he had planned to spend more time with family and less time on the field, and studying a Master of Science (Human Performance Science) wasn’t on his list of things to do.

“I really wasn’t intending to study, I do a lot of writing for the world of rugby and when I was asked if I would consider doing my Masters at Wintec  I said ‘no, not really’."

He changed his mind, “did a few papers and I loved it”.

Suasua says that learning the theory behind the practice he has delivered successfully for years has highlighted what he knew well and  the value of well-researched, justified facts.

“I have a whole new appreciation of the technical and the tactical side. A spreadsheet can never replace on-field experience, but what I have learnt is going to support my craft of coaching and teaching.”

“I am being challenged,” he grins. “The stuff I had done before, all the knowledge and learning I’d gathered and shared, wasn’t being challenged and now it is. I am looking at things in depth. To be honest, the dissertation has been a challenge too. Finding the time to gather data, drawing a conclusion, it put me out of my comfort zone.”

He only just passed his first assignment.

“My big learning from that was realising there’s a science to writing like an academic. The next few [assignments] I did really well,” he says.

“It is so exciting waiting for your marks to come back.”

The 55-year-old father of three is working with academic staff and post-graduate students at a different point in their lives.

“Being older is cool because I’m hearing a lot of fresh views. I’ve already done a lot in life and they are at the stage where they are finding their way. It’s interesting."

His advice is to “do what you enjoy, if you love learning then do it properly”.

“I have been on the other side as a coach and now I’m the one who is learning. Learning more about the science of sport has made me realise  just how much some of the people I’ve coached could have benefitted from performance analysis."

Suasua says coaching is about working with people, and performance can’t only be driven from a spreadsheet.

“The culture of the team is more valuable than systems and spreadsheets, because as a coach you are looking from the other side. When I was coaching, if you’re the sort of guy that brought data into play, it can conflict with some of the life decisions you have to make."

“I see there are a lot of situations where coaches can be at the mercy of spreadsheets and data, but now I think differently around performance analysis and how that can be applied to play better rugby,” says Suasua.

“Using my knowledge of sport science means I can help out the world of rugby. A big learning for me has been coaching versus sport science. It’s important to bridge that gap.”

So where to now?

“I’m not done with coaching, but right now I want to spend time with family. It has been cool studying, but I want to do whatever I want to do and there are a lot of things on my list.”

One of these sidelines is Samoan tattoo and looking ahead, he’s pondering an offer to go to the States next year for 12 months… to coach rugby. 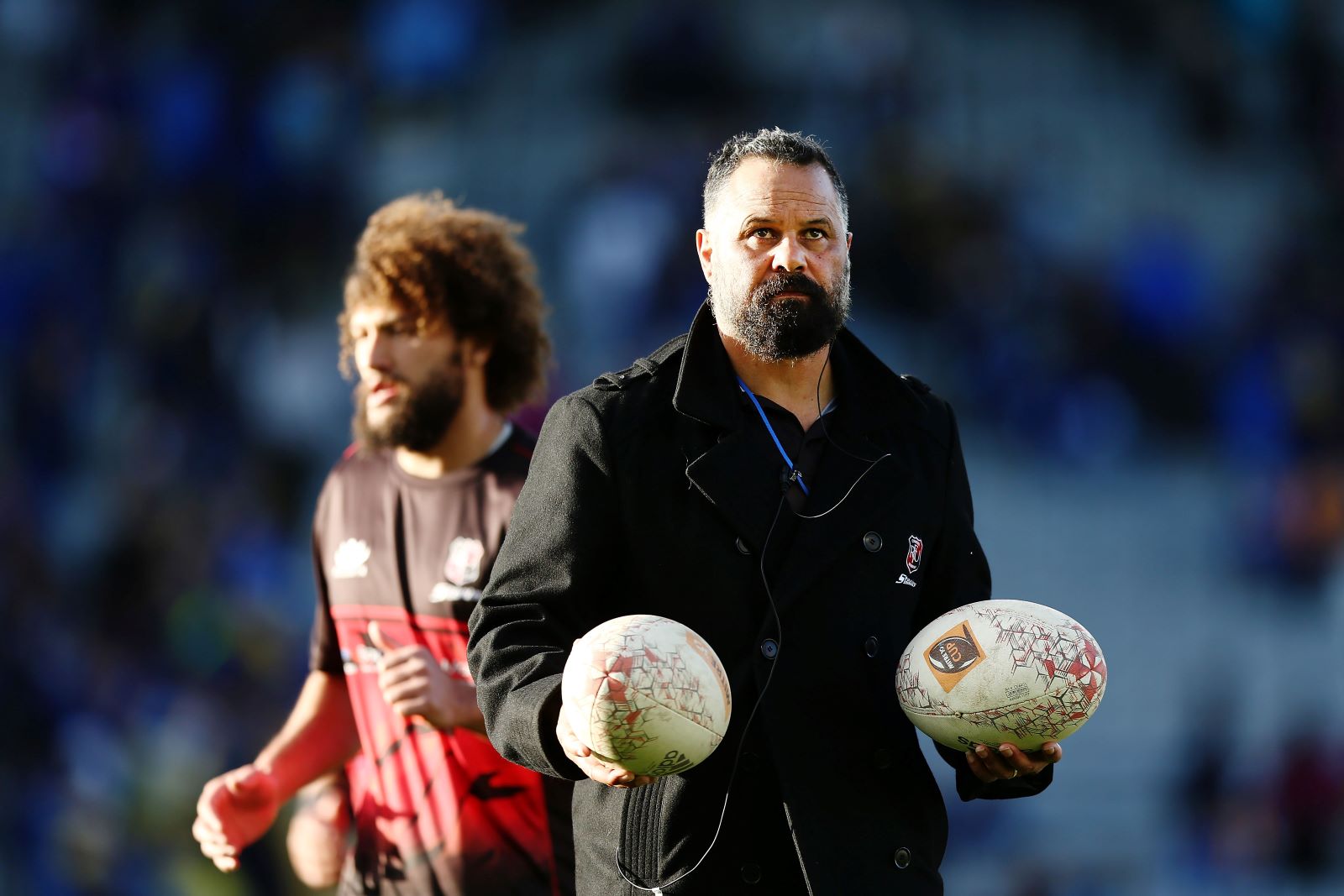 Darryl Suasua was coach of the Black Ferns, leading them to two Women’s Rugby World Cup victories. He was the selector and manager of the first-ever Women’s World XV team. He was Mitre 10 Cup Counties-Manukau Head Coach. He coached the Black Ferns 7s team to place as runners-up in the Women’s 7s World Cup. He is a member of the Auckland Marist Brothers Old Boys Club, where he has been a player and coach. He has coached the Bombay Rugby Football Union and developed a coaches’ squad there. Suasua is co-author of the World Rugby Sevens coaching courses and the World Rugby coaching courses.

Find out more about studying Sport Science and Human Performance at Wintec.