How Anna is getting paid to study sport

Wintec student Anna Blackburn is getting paid to study sport in the final year of her degree.

When 20-year-old Wintec sport student Anna Blackburn got the call to say her study fees were going to be covered thanks to a scholarship, she thought someone was playing a practical joke.

Luckily this wasn’t the case and Anna, who is in her third year studying a Bachelor of Sport and Exercise Science at Wintec, is thankful her final year of study is fee-free thanks to Hamilton City Netball Centre and Wintec’s Centre for Sport Science and Human Performance.

The scholarship is a welcome reprieve from what was a difficult year. Anna was sick for five months in 2019, contracting glandular fever, strep throat and tonsillitis at the same time, making it difficult to get out of bed let alone complete her studies.

“Receiving this scholarship and having my fees paid for the year means so much to me. After being sick for half of last year, it gives me a chance to catch up with my studies and actually complete my degree. For a while there, I wasn’t sure if this was possible!” says Anna.

“We were thrilled to offer Anna a scholarship. She had a tough year last year with being sick so it’s wonderful that we can make this year a little bit easier by covering her study fees.”

As part of the arrangement, Anna will help coach some of Hamilton City Netball Centre’s junior programmes, a role she is excited about. 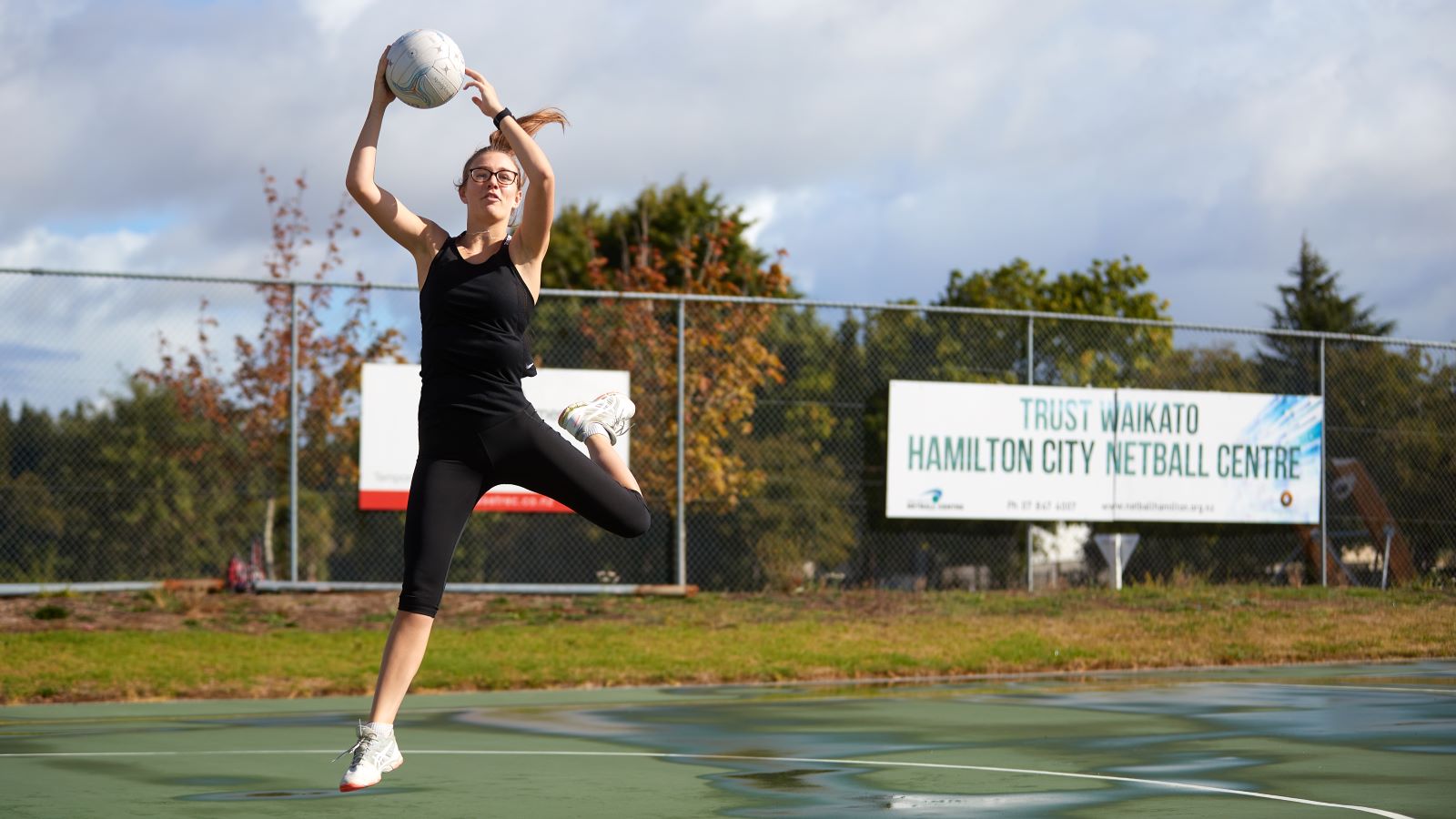 Netball has always been a big part of Anna’s life. She started playing when she was eight years old at Horsham Downs Primary School before moving on to Hamilton Christian School. She plays goal defence and goal keep and she has been playing for Fraser Tech’s premier development team in the top Saturday league.

Once she completes her study, Anna hopes to work with a professional sports team, either coaching or assisting with strength and conditioning programmes.

Find out more about study options at Wintec’s Centre for Sport Science and Human Performance.

Find out more about scholarship opportunities at Wintec.

Hamilton City Netball Centre provides grassroots netball to more than 5,500 members from primary school age through to adults. During netball season more than 270 games of netball are played at Minogue Park over five days. The centre also has its own Hamilton City representative teams and runs a number of community programmes.

The secret to balancing study, a job, a baby and a life
Receive our news direct to your inbox