How this Wintec student discovered his edge in China

It wasn’t long ago that Cody Steens labelled himself as extremely shy. Fast forward one year and this Wintec student describes himself as very different. His secret? Attending Chengdu University on a Prime Minister’s Scholarship for Asia. Now back on Hamilton soil, Cody explains how 11 months in one of China’s most populous cities pushed him out of his comfort zone and helped him grow in confidence.

What made you want to go to China?
I studied a Bachelor of Media Arts majoring in Graphic Design spread out over four years and I got involved with Design Factory NZ. Through this, I went to China for eight days to take part in a 40-hour design competition. I met up with friends who were there on the Prime Minister’s Scholarship and I realised ‘hey – that could be me’ so that really sparked my interest to go back. Before going I hadn’t done much travelling, just to Australia twice and Northland a couple of times and that’s about it.

What was your first impression of Chengdu?
It was completely different to Hamilton – nothing is really the same. It’s a massive city and the population density is a lot higher, even compared to Auckland. But it didn’t seem overly noisy considering how many people there are.

What did a typical day look like?
I had an apartment right next to the campus. For five months I shared with another scholarship recipient but the rest of the time it was just me.  I really wanted to learn the language, so I tried mingling a lot and of course, I took Mandarin classes. The classes for my major were mostly in Mandarin which was a little overwhelming at first but some of the teachers did speak English so they could give me help if I needed it. Classes were quite similar to the ones here at Wintec but there was a bit more in-class work. Sometimes I’d go out to eat lunch – I really miss the food – or else I’d eat at one of the six canteens on campus. Other times I’d go into the CBD on the subway which would take about 40 minutes.

What would you get up to in your free time?
A lot! I did a lot of travelling within Chengdu to tourist spots, like exploring old alleys and trying new food. A couple of times I visited cities outside of Chengdu. I also started ice skating! A lot of the malls have an ice rink on the top floor so that was fun. It’s such a big city so there were always lots of festivals and design events going on. I think I would have liked to do more but I kind of got lost in it all.

How did you find learning Mandarin?
I knew very basic Mandarin. It was hard at first especially because I can’t read Mandarin, but once I started it wasn’t too difficult. It was a very interesting experience because you don’t see foreigners that often in China. In my first semester, my Mandarin wasn’t that good but in the second semester it started to get better.

How would you say that your experience with the Design Factory prepared you for this trip?
It gave me a good foundation to branch out from. At Design Factory you do a lot of networking events (like the Industry Breakfast) and there are lots of opportunities to talk to people that I probably wouldn’t speak to otherwise. It also helped to expand my design knowledge.

You previously described yourself as very shy. Would you still say that?
I’m always going to be a little bit shy but my confidence has had a very big boost. That was one of my goals in the scholarship application – to use this experience to get myself out of my comfort zone and be an example for others in the same position. A couple of times I hosted the opening ceremony event, which entailed standing on stage in a suit talking to around 300 people. The old me would never have done something like that before! 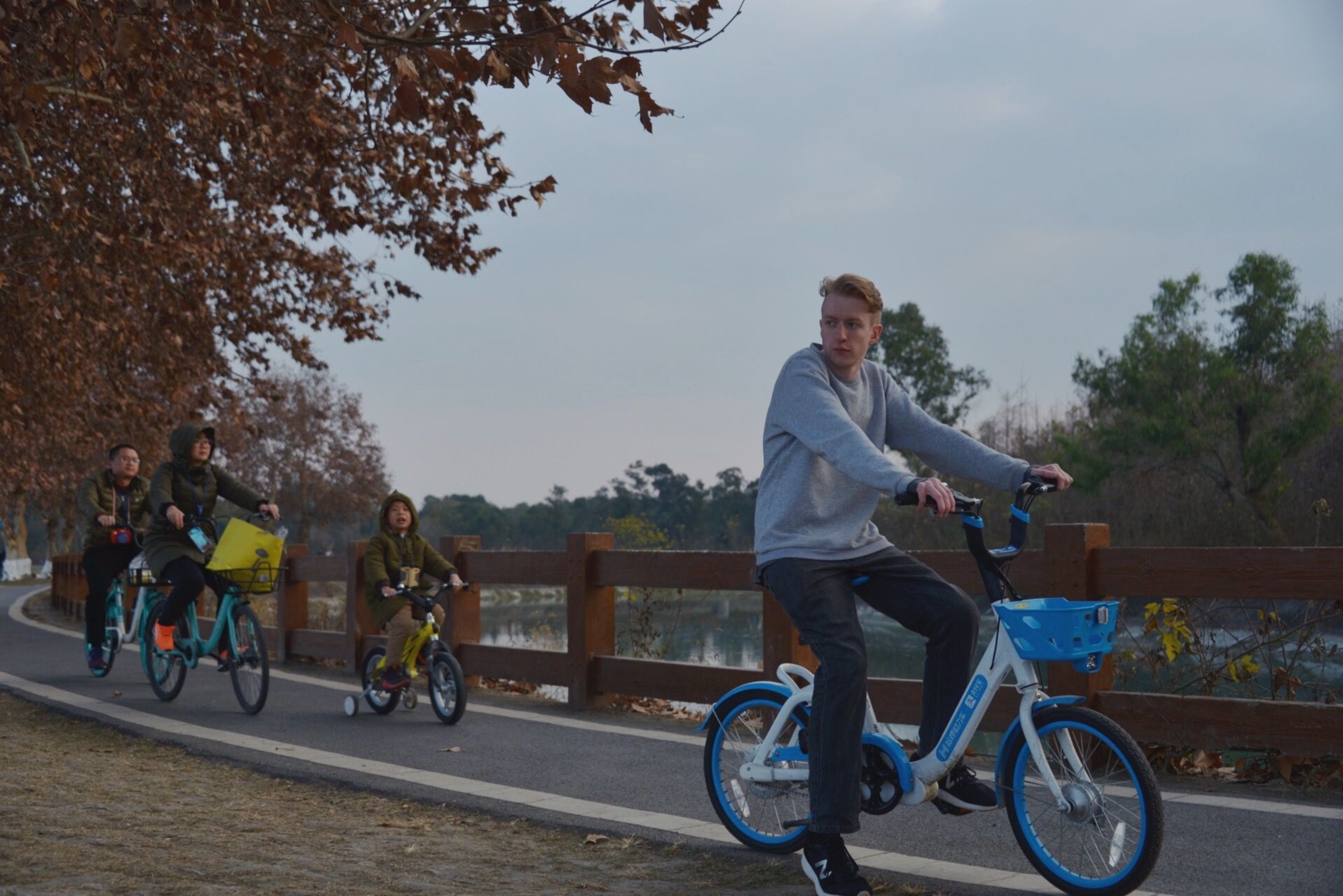 Cody stepping out of his comfort zone while on a Prime Minister's Scholarship.

What did you miss from New Zealand?
The only thing I missed was New Zealand food, just the choice of being able to have some now and then. Living there for eleven months is quite a long time to be away from what you are used to. The food is very different and quite hot so my spice tolerance went right up! I did miss my family but I talked to them often, and I really missed my dog, Marley. But I thought if I missed too much I’d just end up missing home and not end up doing too much!

How has this trip prepared you to enter the industry?
This trip has made me realise what it is that I want to do, which is more product design. I think my time away has also made me understand the growth of Hamilton a bit more and that there are more opportunities here than I’d previously thought. I’ve also seen the way things are done in China, which builds on my knowledge and could be applied here in New Zealand.

Do you have any advice for future scholarship applicants?
I wouldn’t say that my grades were that good when I applied but I put a lot of passion into my application. I didn’t just fill in the questions on the form, instead, I said things like “push myself out of my comfort zone” because I wanted to show that I really wanted it. They ask for several referees as well so I made sure to choose people that know me well. You have to film a 90-second video which was hard for me being quite shy, but you just have to do it and try to show your potential.

What would you say to future Prime Minister’s scholarship recipients?
It’s such a fantastic opportunity to go anywhere in Asia or South America! You kind of need to put yourself out there to get a real taste of it. After eleven months, it was only in the second half that I started to feel like I was fitting in.  It is a once in a lifetime thing.

Find out more about Wintec’s School of Media Arts.

Find out more about New Zealand’s first and only Design Factory at Wintec.

‘Just say yes!” Growth outside the comfort zone for Cody


Receive our news direct to your inbox