Dave Harwood’s journey to completing Wintec’s Certificate in Exercise isn’t your typical one.

The 53 year old student is no stranger to the fitness industry. He played rugby from the age of nine, competed as a body builder at national level throughout his twenties whilst also completing his Bachelor of Education. In his 30’s he completed two Half Ironman Triathlons, ran the Rotorua Marathon and competed in many Waka Ama Nationals until his early 40’s. He then went on to teach physical education to secondary students, has been a gym instructor off and on across the years, and sold fitness equipment for a decade.

After six years of assessing, repairing, and building cardiovascular machines, Dave suffered a back injury and could no longer partake in the manual labour that came with the job – picking up machines, such as treadmills, and loading and unloading them in to delivery trucks was risky to his health.

Dave’s back injury forced him to think long and hard about what his next step would be – since a large number of labouring jobs were now out of the question. He decided to complete a truck driving course and get his Heavy Vehicle Licence, but by the end of the 12 week course he knew he didn’t want to sit in a truck for eight hours a day.

Luckily, a Wintec open day for the Centre for Sport Science and Human Performance caught his interest. He headed along, met with the team, talked to the Centre Director, Greg Smith, and took part in some of the demonstrations.

“Greg and I started talking and I told him about my background. He suggested the Certificate in Exercise Level 5 would be a good place to start. So I looked into it a little more, and decided ‘yeah that’s what I want to do’,” says Dave.

Dave had been a Personal Trainer (PT) off and on over 32 years; whenever nothing was happening he would pick this up, but never made a career of it.

“Completing the Certificate in Exercise brought everything together for me. It solidified all those years of being involved with the fitness industry both directly and indirectly, and gave me the opportunity to formally certify my experience.

“My perspective of being a PT has changed hugely, and I am now confident to promote myself with this major qualification.

“If you’re looking to be a PT, this is the course for you – it provides a great foundation regardless of whether you have experience or not,” says Dave. 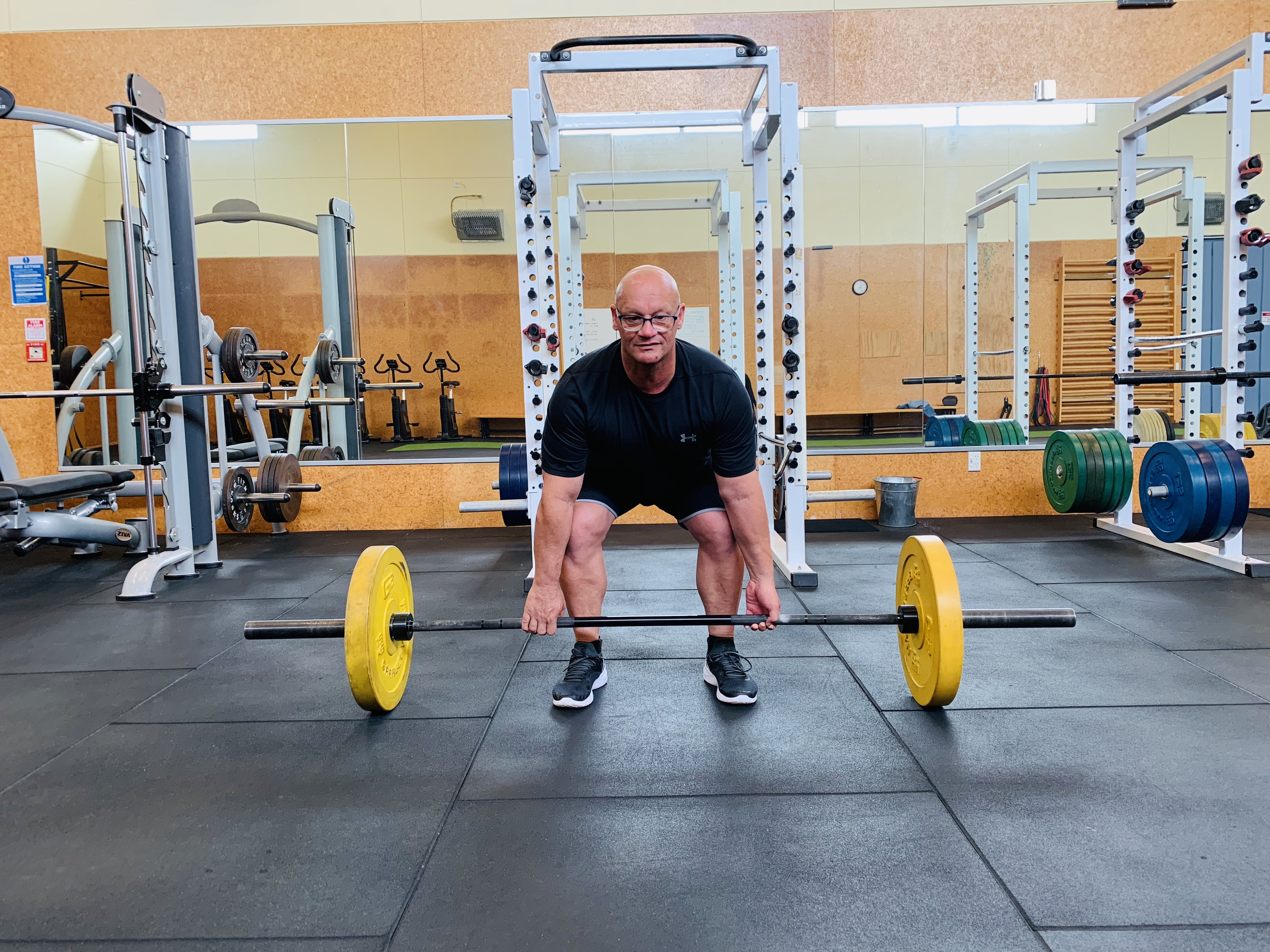 Dave warns this six month course is no walk in the park and although he completed a four-year Bachelor of Education degree back in the late 80s, he explains: “I’ve never studied so hard in my life. The work that has gone into this qualification is huge. But I guess I have also being more focused as this is my true passion.”

Dave has finished his six month course and already has a few opportunities in the works – he is currently talking to a couple of gyms who’re interested in having him on board.

It wasn’t just his passion for sport that drove him to complete the Certificate in Exercise, but also the fact he qualified for fee free study under the Government’s Fees Free Policy, along with student allowance.

“Although I was looking for a career change, I still had to support a family. So I utilised the Government’s new education policy to re-educate myself, which I know will lead to a job that I love. That was the winning formula right there,” says Dave.

When asked about his time at Wintec, Dave reflects on the amazing support he received: “The people I have been involved with over the past six months have been amazing. Everyone was very positive and super encouraging. Plus the Rotokauri Campus café make a mean coffee.”

Dave has learnt many things over the past six months, but his highlight has been learning about the importance of making real and lasting lifestyle changes and incorporating realistic goals within exercise and nutrition programmes.

Another highlight has been sharing his learnings with his children: “I remember showing my son a periodisation programme that I had been working on for three weeks, and seeing his eyes widened as I scrolled through the multiple pages.”

Dave is looking forward to spending some time in industry, and hasn’t ruled out returning to study Wintec’s Bachelor of Sport and Exercise Science.

Find out more about Wintec’s Certificate in Exercise (Level 5)