Dedication plus determination is Roy’s recipe for a successful life

Family man, business owner, musician and Human Resources advisor, Roy Chou-Lee shows no signs of slowing down as he prepares to serve his community in a new role at K’aute Pasifika.

When Roy Chou-Lee immigrated to New Zealand from Sāmoa as a child, he did not know how to speak a word of English.

Fast-forward a few decades to 2021, and Chou-Lee has just accepted an offer of employment as Quality and Culture Manager at K’aute Pasifika, a Waikato service that provides health, education and support for Pacific people.

Chou-Lee will be leaving his role as Human Resources (HR) Business Partner at APL Window Solutions in Hamilton, a job he had for almost six years.

He recently gained a Graduate Diploma in Human Resource Management from Wintec, owns a successful dental practice in Hamilton, Clarence Street Dental, and works as a professional musician on the weekends.

And if that doesn’t sound busy enough, he’s also a loving husband and father to four daughters.

Although he’s accomplished a lot in his 44 years, Chou-Lee laughs as he says, “I’m interested to see how you’re gonna make this boring guy interesting!”

After arriving in New Zealand from Vaiala, Sāmoa, as a child, Chou-Lee tried hard to fit in and learn to speak English to stop being teased.

His entry into HR came in 2006, when Roy had the opportunity to apply for a role with a recruitment agency in Hamilton.

His manager at the recruitment agency, who up until recently was his manager at APL as well, had confidence in Chou-Lee, suggesting he study at Wintec.

“Without her I would never have had the confidence to do it,” Chou-Lee says. “I did a paper per semester and it took me three years to get through that.”

Being many years since his high school days, Chou-Lee was nervous about re-entering the classroom.

“Anything high-educational-wise I freaked out about. I didn’t want to do it,” he reflects.

“I still remember my first day in a class at Wintec. My tutor was amazing and at the end of the day he asked the international students to stick around to give them some extra information. I stayed and the tutor said ‘Roy, you’re not international!’

“But he was so encouraging that it made it easy for me to just hang in there.”

One of Chou-Lee’s tutors, Priscilla Davis-Ngatai, Team Manager at Wintec Centre for Business and Enterprise, remembers his dedication and initiative in the subject.

“Roy always arrived a little late to our class as he would finish a meeting, travel across town, and then have to find a car park! One day, we flipped the class and travelled out to see Roy at his workplace, and there he was waiting for us. Roy showed his peers around APL and shared his HR initiatives of video recruitment and keeping workers safe - that’s applied practice in action,” she says.

“He didn't take anything for granted and had worked hard. He was an inspirational student and entrepreneur.”

After working hard to gain his degree, Chou-Lee was looking forward to walking across the stage at Wintec’s 2020 graduation ceremony.

He never got to realise that dream as Covid-19 meant Wintec had to make a difficult but necessary decision to cancel that year’s ceremonies.

For Chou-Lee, aiga (family) is everything. Despite studying and working full-time, he always put his family first and prioritised spending time with them, waking at 4am each morning to study. 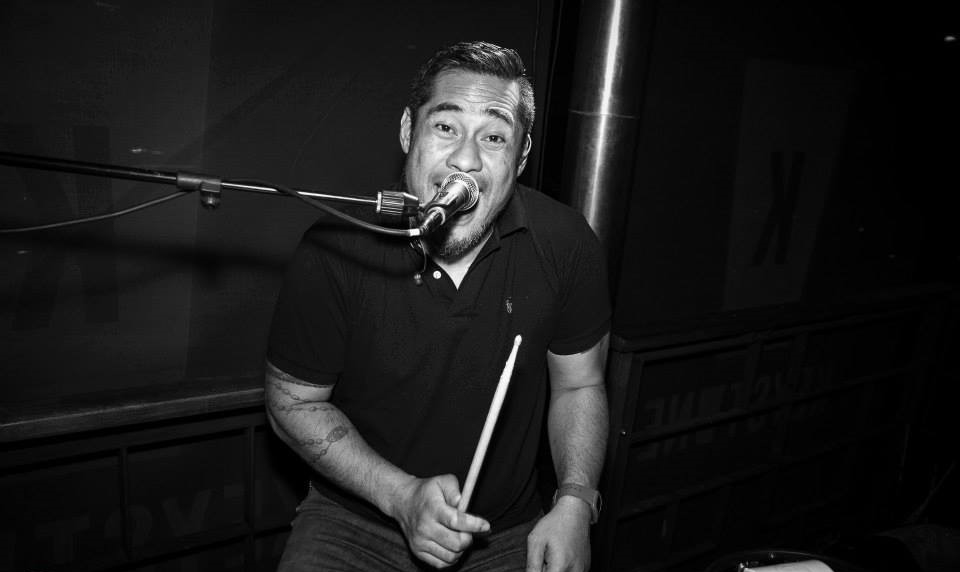 As if work and family didn’t keep him busy enough, Roy is a dedicated musician who plays music two nights a week in Hamilton’s local bar scene. Image: Keystone.

Not only was Chou-Lee juggling family life with work and study – he’s a regular musician in Hamilton’s night life scene, playing in cover bands on the weekends.

For Chou-Lee, gaining his new qualification didn’t only provide him with new learnings and skills, but it’s been imperative in growing his career.

“My learning has been absolutely useful in my job. We studied real-life situations that I was able to apply directly to my workplace. And in the same token, my tutors were really open to using the situations I was dealing with for my learning,” he says.

Now moving into a different HR role and in a community-based space, Chou-Lee is looking forward to his work at K’aute Pasifika.

“I’m very excited to serve my people out in the community. It’s a humbling opportunity to do this work with an organisation that has such a good ethos, and I’m looking forward to learning from them as well,” he says.

This optimism and enthusiasm for learning and growing is reflective of Chou-Lee’s attitude that ‘it’s never too late to enter higher education’.

“Just jump in and study. It’s never too late. Get in there, because you’ll be supported to have robust discussions, you’ll get thinking in ways you never imagined.”

“There’s never an age limit on learning. There’s always something to improve on, and education is so powerful,” he says.

Interested in studying a Graduate Diploma in Human Resource Management?

Read more:
How to launch a new business in just six weeks
This student is working to help Māori and Pasifika learners succeed
What happened when Tony went back to class