David Sidwell  who leads Music and Performing Arts at Wintec worked with a Wintec team to create the new musical, Mum’s Kitchen.

The new musical, Mum’s Kitchen opens at The Meteor Theatre in Hamilton on Friday 5 February with an outstanding New Zealand cast.

Mum’s Kitchen was conceived collaboratively by Wintec Music and Performing Arts academics, David Sidwell, Nick Braae, Jeremy Mayall, and Kyle Chuen, with each taking specific responsibilities during the creative process. Chuen completed the script; Braae wrote the lyrics and half of the songs; Sidwell composed the remainder of the songs and Mayall brought the music to life through delicate orchestrations for a seven-piece ensemble.

The name Mum’s Kitchen may be familiar – the first act was written and performed back in August 2019.  After six months of further development and refining, and a year of Covid-19 related delays, the cast and creative team are back together to bring Hamilton audiences the full version of this intimate, warm, and touching new work.

Head of Wintec Music and Performing Arts and the director of Mum’s Kitchen, David Sidwell says the show is being performed by an outstanding cast of renowned New Zealand performers.

“Thanks to a Wintec Visiting Research Fellow Grant, the cast includes New Zealand-born international performer Nic Kyle (with credits throughout North America, the West End, and Australasia); Scot Hall, Kyle Chuen, and Julia Booth, who are all very familiar to Waikato audiences from numerous shows of recent years.”

For Sidwell, working with this professional cast and seeing the musical come to life is a dream come true.

“The cast brings an extremely high level of skill, experience and creativity to the roles. It’s wonderful to see how they have each taken the characters and brought such life to them. Waikato audiences are in for a real treat to see performers of this calibre sharing a stage with support from Hamilton’s leading theatre musicians. 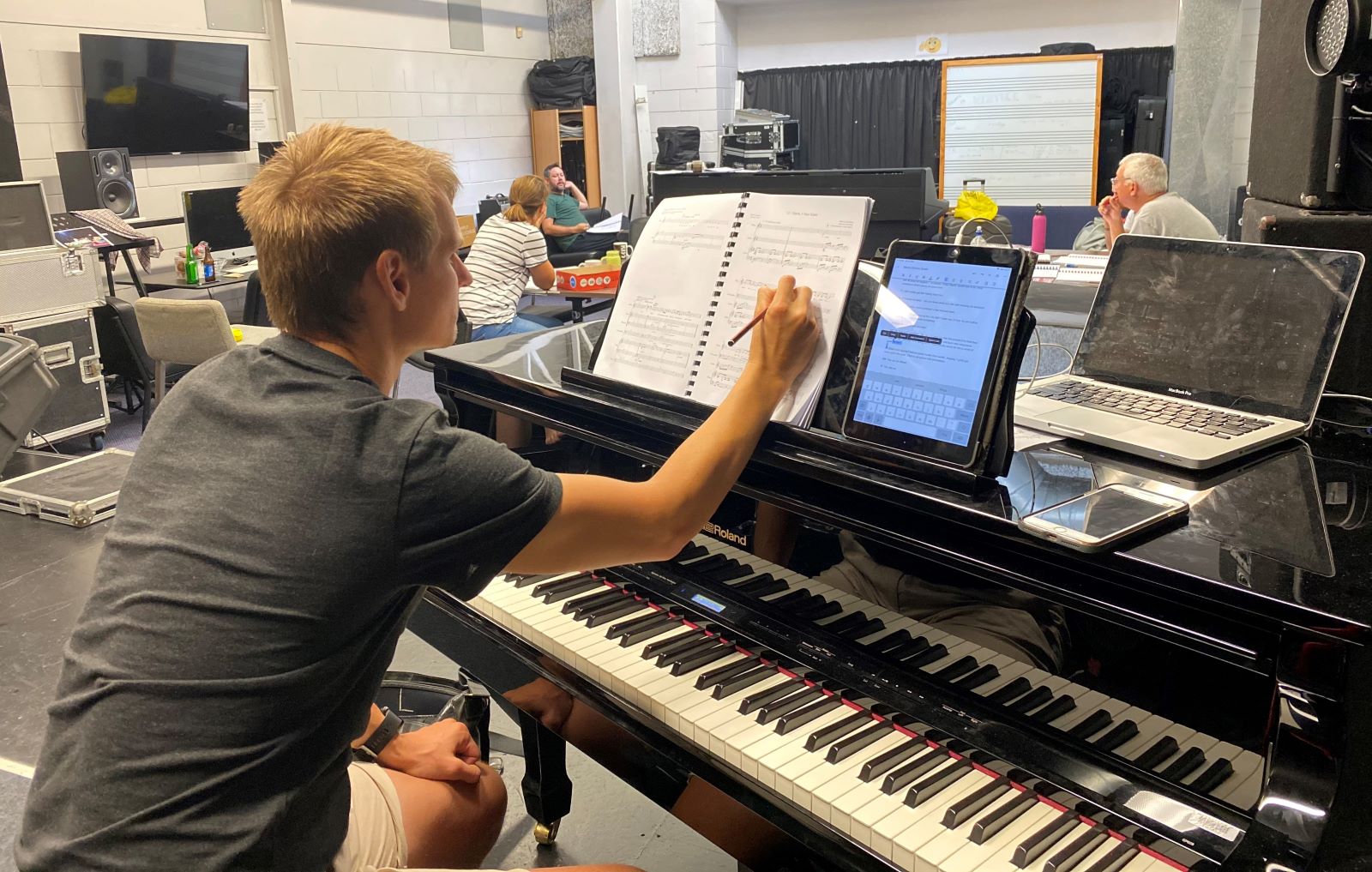 Wintec academic Nick Braae working with the Wintec team on the musical, Mum's Kitchen, a story about the different ways we cope with loss.

Mum’s Kitchen is about three brothers who gather back at their family farm for the first time in fifteen years. Their mother has passed away. The musical tells a funny, sentimental, yet very real story of the brothers dealing with memories of home and their relationships with each other, at a time when the cold-hard logistics of a funeral and settling an estate are affected by emotional upheaval and change. Most of all, it is about the different ways we try (and sometimes fail) to say goodbye to those who mean the most to us.

Mum’s Kitchen will be performed over six nights at The Meteor Theatre from Friday 5 February – Saturday 13 February, 7.30pm. Tickets are available online from The Meteor.

Find out more about studying Music and Performing Arts with Wintec School of Media Arts.

Read more:
How Norman Tofilau is going from Samoa to Broadway
Wintec wins at musical theatre awards
Showcase shines a light on the work of Wintec creatives