Oskar Howell on his most recent trip to Australia to report on the growing field of esports. Photo: Oskar Howell.

It’s been a roller coaster year for Oskar Howell. The third-year Wintec journalism student has worked for Radio New Zealand, produced his own story for The Project and covered the growing field of esports. The secret to his success is passion, initiative and having confidence in yourself. This is his story.

Oskar’s journey into journalism began when he was 17 when he emailed TV3 with a story. He was interviewed and featured on the six o’clock news.

“I saw that journalism isn’t just about the news, it’s about people. And the passion that I saw in the industry is what I loved about it.”

Friends who had studied the Journalism course at Wintec suggested he consider it. Now, three years since making that choice, he’s certainly cut his teeth in the industry.

“The difference between a good student and someone wanting to be the best is that you’re willing to push yourself,” Oskar explains.

His family history story, centred around the New Zealand land wars, was selected as the Waikato Times Weekend Feature in his second year and published on Stuff.

He says working hard and putting yourself out there is key.

“The only person who is responsible for your future is you. If you’re not willing to build the portfolio, put in those hours and make those connections then you’re not going to succeed in the field. Thankfully the teachers at Wintec are well resourced and willing to help.

“The industry is brutal, it’s not for coasters, the mentality that C’s get degrees just doesn’t work. It’s very specialised, you have to have a portfolio, and it pays to get that started early.”

In May he pitched an esports story to Stuff.co.nz and flew to Sydney to cover it.

“I did that off my own bat. No-one’s really willing to throw their brand name behind a 19-year-old kid going into a field they don’t really understand.”

It worked. Since then he’s covered 15 stories around esports.

“If you can specialise in something that’s going to be popular, you’ll be ahead of everyone else,” Oskar grins.

Following this Oskar contacted Radio New Zealand to do an internship. He spent three days writing his pitch which paid off.

“You need to sell yourself. Journalism is a great industry for motivated people. It doesn’t work if you can’t write or don’t care.”

His experience at Radio New Zealand taught him a lot.

“I’d never tried my hand at producing and I was producing stories for Jesse Mulligan to read. It confirmed to me that that’s where I want to be.”

From this he ended up interning for The Project and produced his own story.

“I had a two and a half minute slot of story space. There was a lot of pressure, in that situation you either rise to the occasion or crumble.”

His story came from the reporting he did with Wintec during Fieldays. 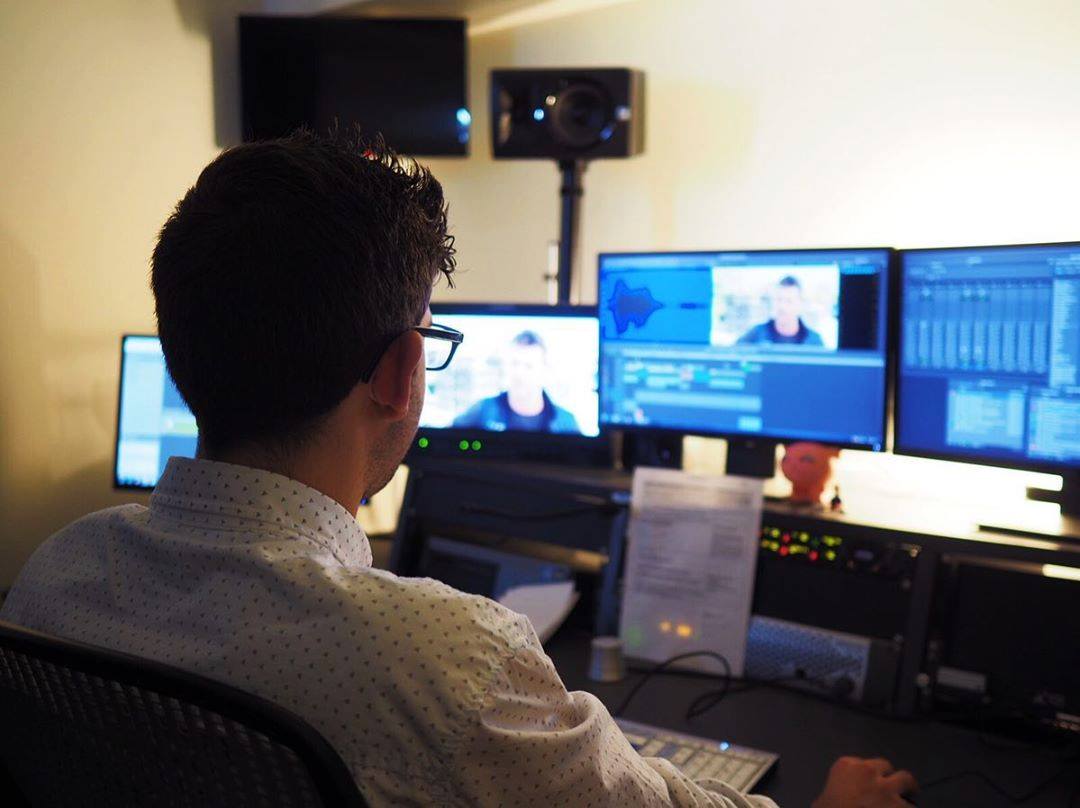 “It’s a hyper-competitive industry. The important thing is to surround yourself with the right people. It was very important with me that I worked with people who were challenging themselves and were passionate about the craft.”

“Having a nose for a story is important. They really push that at Wintec. Get the most that you can out of your teachers, your courses, your time is precious – don’t let anyone waste it.”

When asked what the future of journalism looks like, Oskar is quick to answer.

Find out more about studying Communication at Wintec.

This story was written by Wintec Graduate Diploma in Communication student Esther Burnett.

New film depicts nuclear issues as a problem for humanity

A window into the world of Wintec Media Arts students

Activate your creativity by learning from the best