There’s been more than the regular cookery classes taking place at Wintec’s Centre for Hospitality recently. Instead, the mouth-watering smells of Ashak (traditional Afghan dumplings) and naan bread have been wafting out from the training kitchens.

This is thanks to Home Kitchen, a refugee-led social enterprise showcasing the food of Hamilton’s vibrant refugee population.

Manager Tania Jones launched Home Kitchen after volunteering in one of Greece’s largest refugee camps. Upon her return to Hamilton, she saw a need to provide meaningful work opportunities and a sense of belonging to the city’s large refugee population through the platform of hospitality. Originally partnering with local café Yalla Yalla they launched a pop-up restaurant, cooking classes at Wintec, a catering service and there’s even talk of a food truck.

She says Home Kitchen’s particular focus is on food as a vehicle towards community engagement, connection and the breaking down of social and cultural barriers.

“In our own society, it’s surprising how much people feel disconnected. Our pop-up restaurants and these classes connect people in a way that other settings wouldn’t. Food is a universal language.

“The classes provide a platform for our people to talk to guests about their settlement journey, their origin country, food and culture.”

Chefs Taj Hussaini and Nikbhat Danish are blown away that people are paying to come and learn about their food.

It’s Nikbhat’s first formal employment in New Zealand and Taj is saving up for a house. At the moment, it’s casual hours but the goal is to have the opportunity of long term employment.

They’ve had 120 people through the Afghan cooking classes so far and there’s plans for Burmese and Congolese classes later in the year. Cooking classes support the organisations’ key goals, cultural inclusivity and highlighting the refugee journey, all through storytelling.

“Their confidence has grown immensely and their ability to speak in front of a group despite initial hesitations around their limited English, food really is a universal language,” says Tania.

“Wintec has been incredibly supportive, even in terms of providing advice and guidance in the hospitality industry.

“Our partnership has allowed us to launch our vision with access to high quality kitchenware and the perfect set up for classes.” 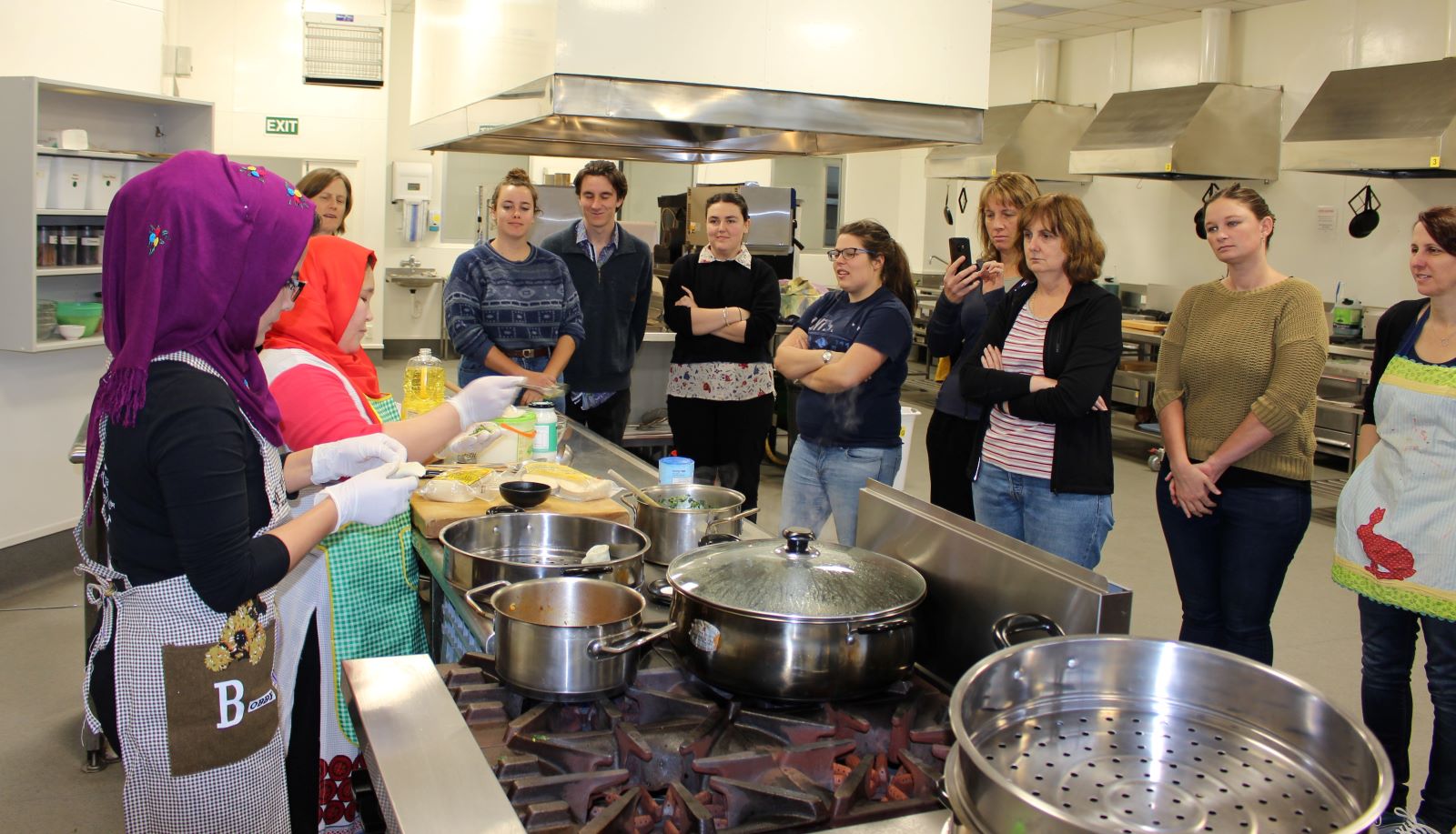 Hospitality Team Manager, Peter Radojkovich says it was a no-brainer when it came to offering up Wintec’s facilities for their cooking classes.

“These people have been through a lot already and they arrive in New Zealand on the back foot and need a hand up. They don’t have connections in the community like already established charities.

“Using cookery as a vehicle to gain long-term and meaningful employment in the long run was something we wanted to support.”

Peter adds it’s not about making a profit but rather actively offering a space for specific community causes that align with Wintec’s values to use the facilities.

“Whether it’s refugees or our young budding chefs we just want to see people gain skills and confidence in themselves and their cooking.”

Diversity has always been a focus for Wintec with a large international student population. In the cookery school alone, close to 40 percent of students are international.

“Our international students get a lot of support and we’ve now implemented a one hour language tutorial per week to help with the language of cookery, which has in the past been quite a struggle.”

“Hospitality has always been a diverse industry and New Zealanders are now much more open to new and exciting ethnic foods,” says Peter.

“These days there’s so much about celebrities and cooking but to have the refugees themselves teaching the classes that’s so authentic, they’re doing it themselves.

“It’s about us giving back as well as giving opportunities.”

Find out more about Wintec School of Hospitality and Cookery.

Find out more about Home Kitchen.

The art of being worth your weight in coffee

This story was written by Wintec Graduate Diploma in Communication student Esther Burnett.