The heat was on at the biggest culinary competition in New Zealand when 500 secondary and tertiary students took over Wintec’s Centre for Hospitality kitchens during the 2018 Waikato Culinary Fare.

Students from Hamilton Girls’ High School took out the top school award and a record four golds with distinction were handed out to entrants in the intermediate school cupcake class.

“Culinary Fare is an opportunity for our young chefs of the future to experience friendly competition under pressure, although it was noticeable how calm and confident the competitors were this year,” says Peter.

Peter puts the calmness and the rising skill levels down to the dedication of school food technology teachers and tertiary tutors.

“The standard of work in both the live and static categories continues to impress judges and this is a credit to the teachers who spend hours training and supporting their students to achieve in this competition,” he says.

“Winning is a huge boost to student confidence.” 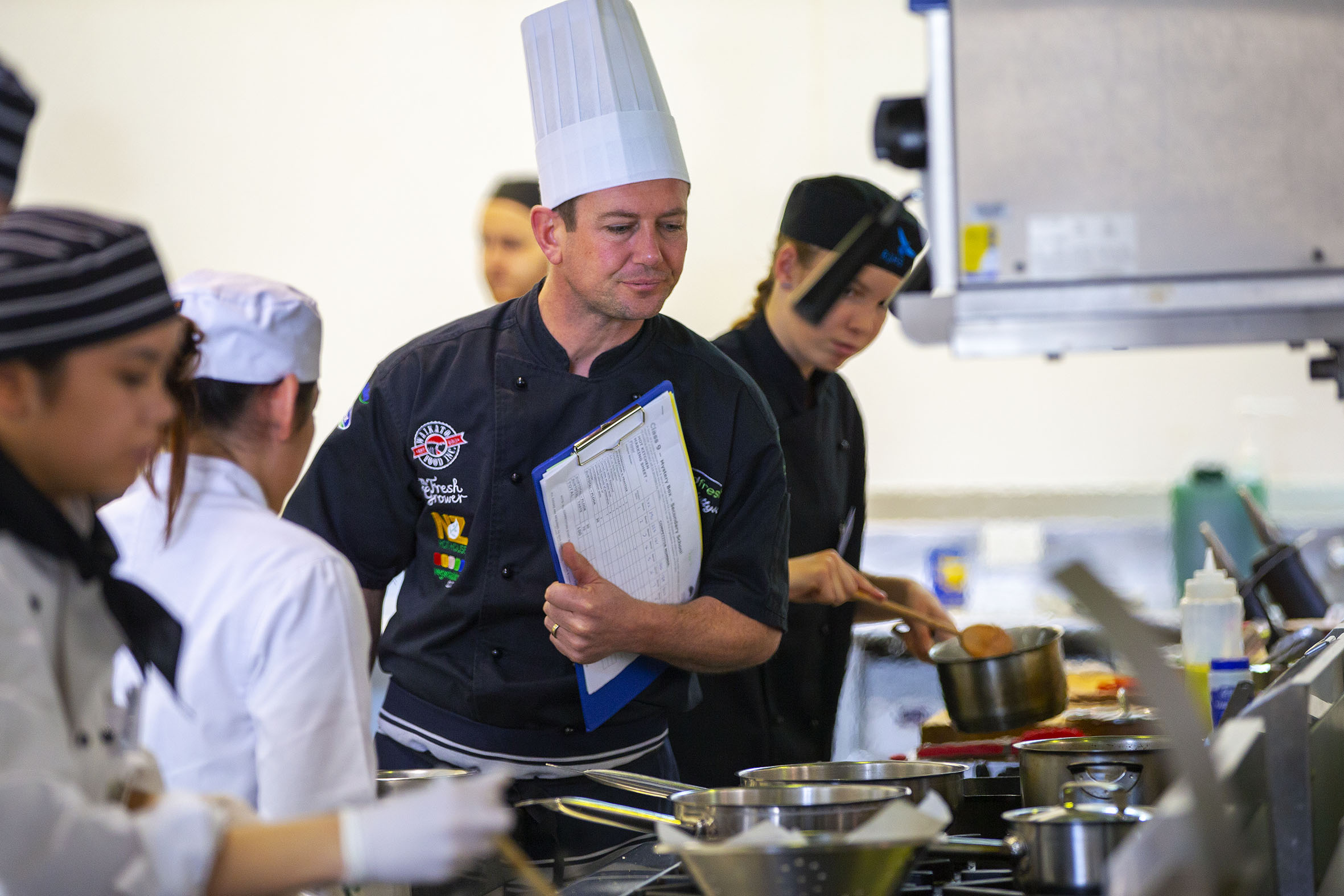 Chef Toby Elliottyson from Smith and McKenzie, one of the expert judges from the hospitality industry.

Wintec’s kitchens were buzzing with competition fever as our future chefs iced cupcakes, got creative with hamburger and pizza combinations and grappled with the mystery box challenge. Putting their nerves aside, they demonstrated their finely-tuned knife skills and restaurant-standard table-setting.

In its 14th year, Waikato Culinary Fare promotes cooking as a career and aims to nurture young talent by providing a culinary competition platform for secondary school and tertiary students. The competition managed by Wintec and Cater Plus grows year on year, and this year attracted students from Wintec, Toi Ohomai and New Zealand Management Academies as well as representation from 25 high schools. Teams travelled from as far as Auckland, Thames, Taupo and Rotorua.

The judges were a cross-section of professionals from the hospitality industry who gave up their time to assist with judging 32 classes over the two-day event.

Peter says the longevity of Waikato Culinary Fare is due to the support it gets from schools, industry professionals and sponsors.

“Culinary Fare is a credible springboard for our talented chefs and a benchmark for students. It unites people and creates opportunity, and it continues to grow because of the fantastic support we get from everyone involved.”

View the photos from the competition here.

Find out about hospitality training options at Wintec.