Musical Hands on a Hardbody has come to the Waikato

The unique musical Hands on a HardBody will be performed at The Meteor Theatre this November. Wintec Performing Arts students will star in this hilarious musical production. 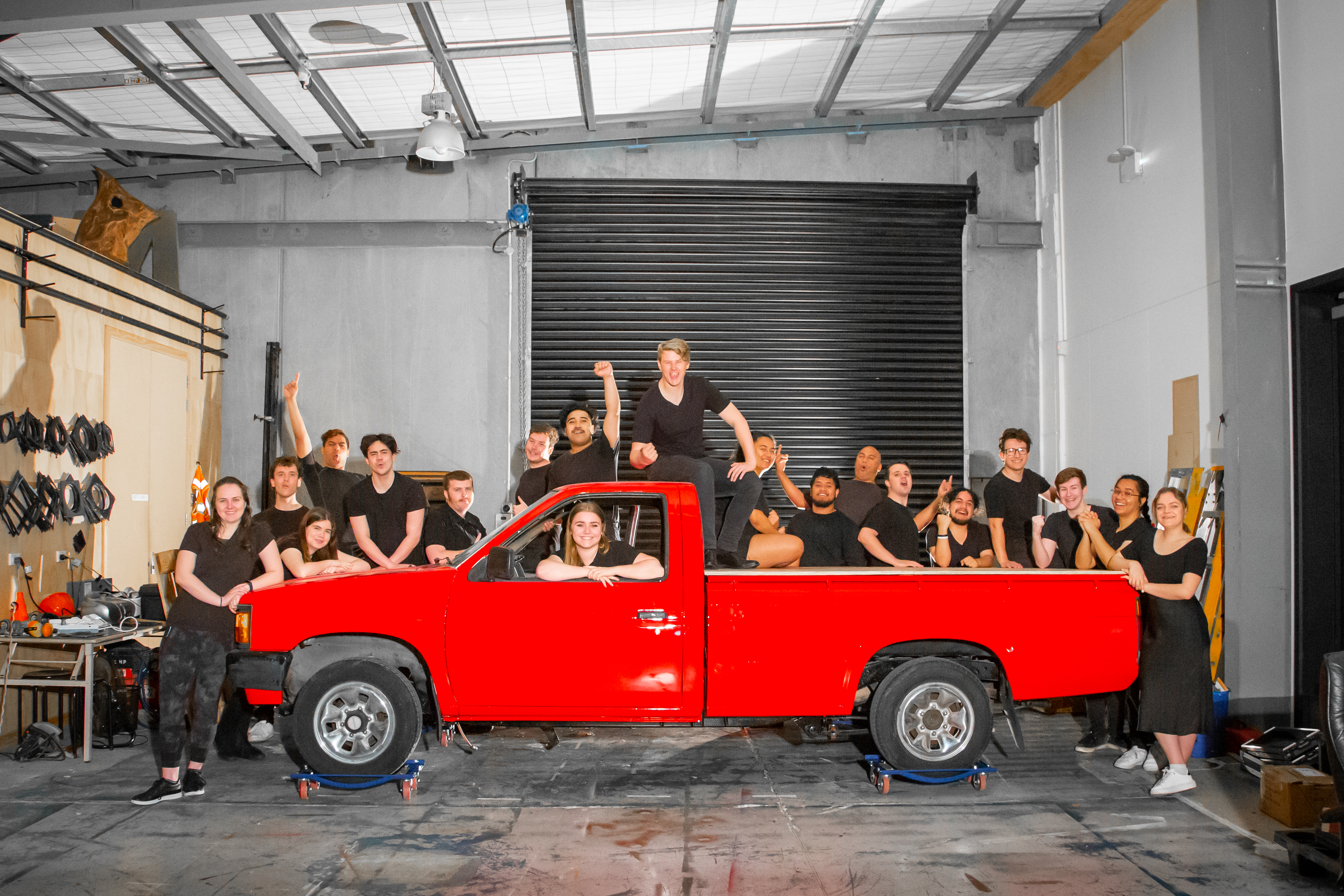 Wintec Te Pūkenga Bachelor of Music and Performing Arts students pose with their ute, the main prop, for their upcoming production of Hands on a Hardbody.

The production is not often performed in Australia and New Zealand, “it will be a special show for Aotearoa audiences,” says Director David Sidwell.
Inspired by true events of the acclaimed 1997 documentary of the same name where 10 Texans fight to keep at least one hand on a brand-new truck in order to win it.
While it explores themes of the American dream it also reveals the hope, humour and ambition of the contestants who take part. When asked about the show’s target audience Sidwell says it dives deep into each diverse character with adult storylines, but it’s also kid-friendly with an abundance of colour, movement and light.
“It’ll be pretty cool for kids to see the Ute used continually and cleverly as a set piece. Our choreographer, Michaela Gilling has had to be extremely creative when devising dance moves for the cast who must keep at least one hand on the Ute at all times!”  The vehicle has been stripped of its engine and painted cherry red and it will be on stage the entire production. “It starts the show, and it finishes the show and really it is the catalyst for each of the individual soliloquies,” says Sidwell.
The 18 cast members are made up of 2nd and 3rd year Bachelor of Music and Performing Arts theatre students who will adopt the Texan accent, amongst others, and draw on their learnings to play the diverse characters within the musical.
The cast will be supported by Musical Director, Nick Braae and his country-rockin’ band, and behind the scenes by Sound Engineer, Brad Morgan and Lighting Director, Aaron Chesham from ACLX and 1st year theatre students will be backstage assisting with the props, lighting, hair and makeup.

“This play is great for a drama school setting, the age range of characters in the play means good practice and a chance for students to expand on their skillset and character development,” says Sidwell. 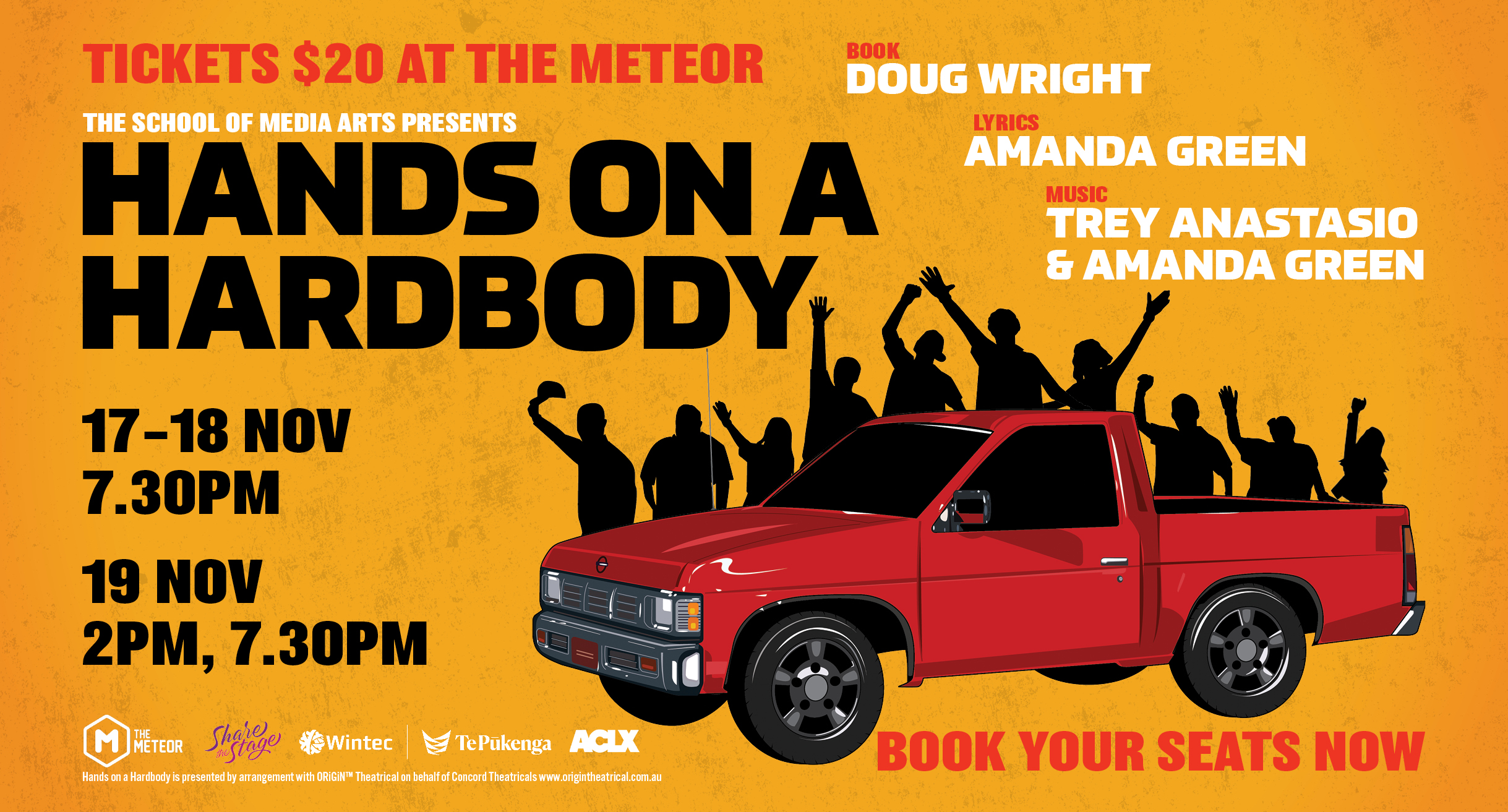 Event details:
Hands on a Hardbody, The Meteor Theatre

This event is part of the Wintec | Te Pūkenga Creative Showcase 2022. See the full line-up of events on the Wintec website at wintec.ac.nz/events
Receive our news direct to your inbox