Wintec leading the way for Rainbow staff and students

Wintec’s Rainbow Community has been building an alliance. It calls itself the Āniwaniwa Alliance. Since forming in 2020, the network has grown exponentially and has just employed the group’s first paid position -  Rainbow Coordinator, a New Zealand Institute of Technology or Polytechnic (ITP) first. 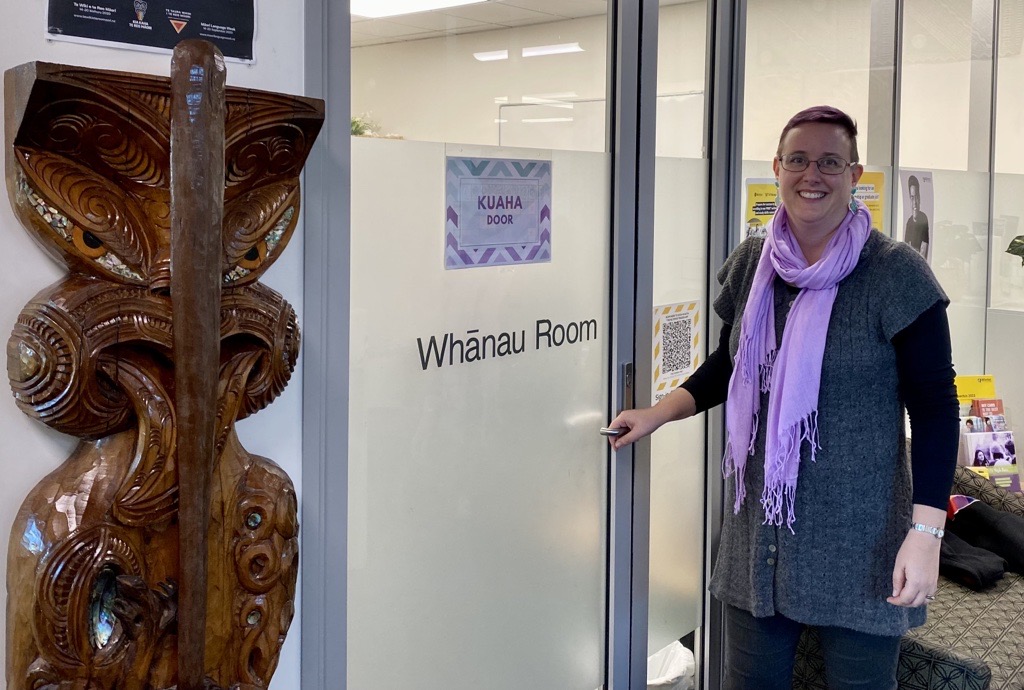 If you’d like to meet the enthusiastic rainbow ninja in the flesh, her drop-in times are at the Whānau Room in Te Kete Konae at Wintec City Campus hub from 12.30-2.30 every Monday.

Hazel Whitley has worked at Wintec in the Centre for Languages for the past seven years, and when she heard about the new Rainbow Coordinator role, she threw her name in the ring.

We recently caught up with Whitley to learn about the new role and the person who landed it.

“I’ve been involved with the Āniwaniwa Alliance for a year now. I heard about the group when they started up a couple of years ago .”

Whitley went on to say she previously hadn’t been able to go along to many of the events because she was teaching.

“I did as much as possible to be part of the group while balancing my teaching commitments. I’m passionate about the work, and I knew they were advocating for a paid role.”

The role that they managed to create now sits within Manaaki Ākonga in Te Kete Manaaki.

She said once a discussion about the role came to be, the alliance was hoping to get someone who was already affiliated with Wintec, so they knew the intricacies of the institute.

“It’s really close to my heart. I’m a member of the rainbow community.”

Hazel calls herself a rainbow ninja, as she is bisexual and married to a man, “I hide in plain sight”, she laughed.

“I grew up in a very small conservative town, in a very conservative family, so I’ve felt the impact of not seeing a place for myself anywhere, so I want to ensure that students and staff feel at home, have a place, and are welcome here.”

Whitley said she believed the alliance had already done a lot in the short time the group was active.

“I’ve heard from people who see Wintec from the outside, our websites, and our Facebook page that they see Rainbow staff and students are really welcomed and valued at Wintec. It’s great to hear this feedback and shows the importance of ensuring that this work is visible.”

Whitley said the recent launch of the new rainbow policy for staff was inspiring.

“There was a lot of work to be done to make sure that it fit us here and that it fit for the New Zealand context. So it was great to get that launched.

“Our gender-neutral toilets are another great initiative we’ve been able to help put in place.”

She said they were constantly plugging away at the Āniwaniwa Alliance Facebook page as one of their main goals was to get more student engagement.

“Ideally, we’d love to have student-led events or even a student-run Facebook group, so they are doing something for themselves too.”

She said she was still finding her way because the role was brand new. 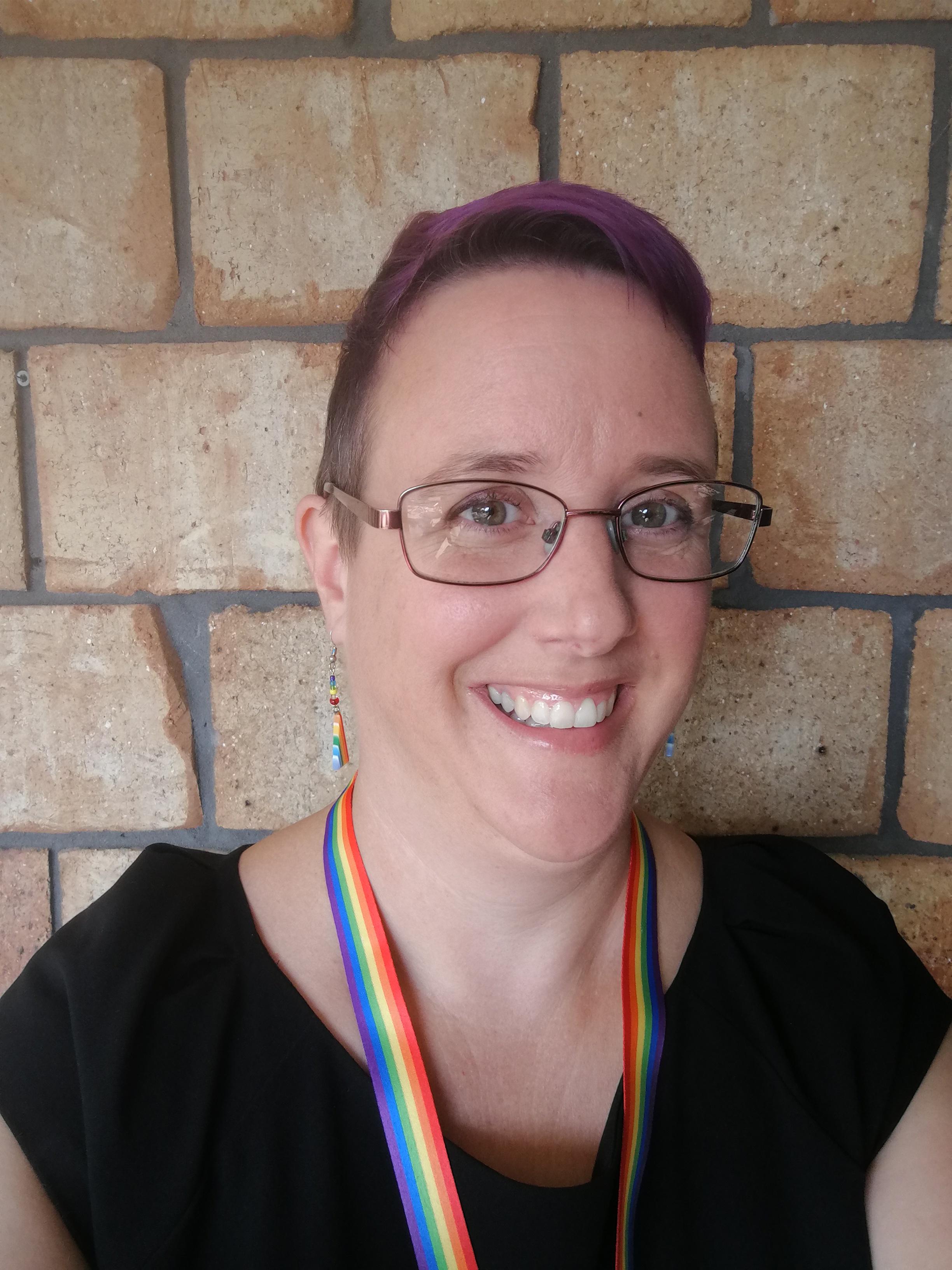 “The role is here to support the work the alliance is already doing, because they are all full-time staff with heaps to do. So, anything I can do to take things off their plate is good. I have a focus on making sure our policies are fit for purpose. We now have one for staff and hope to soon create one for students; that’s a goal for the future. I also coordinate with other Rainbow Coordinators from tertiary institutes, sharing resources. We have a ‘baby’ Te Pukenga Rainbow network in the formative stages. I’m looking forward to that progress so we can all help each other.

“We are the only ITP with a paid Rainbow Coordinator role; the rest are all volunteer-based. Am I enjoying the role? Absolutely, I’m loving it. I’m intimidated by it, as it’s nothing like what I’ve ever done before, but I’m enthusiastic about it.”

Another goal Whitley has is for all staff and students to feel comfortable and confident interacting with the Rainbow community regardless of their sexuality or gender identity.

“We have a workshop which is an introduction to rainbow inclusive practices. We run it whenever a centre or group, or department wants it. It’s all been word of mouth so far. It’s usually been delivered by Sam Symons, one of the original pioneers of the Āniwaniwa Alliance. We cover things like pronouns, what the different words mean in terms of gender diversity and different sexualities, and how to be a good ally. It runs for about an hour, and a big chunk of it is questions and answers, which are valuable. It’s a safe place for everyone to ask questions without being judged, which is important because people feel like they can’t say anything because they might say something wrong. I want to see our workshops run for everyone, staff and students, in every department and centre.

“There are so many goals, and I think we are on our way already. To have people looking at Wintec and saying, ‘that’s a welcoming place, that’s a friendly place, that’s somewhere I can be myself,’ that’s my biggest goal,” she enthused.

Outside of work, Whitley is a self-confessed nerd.

“I’m a language nerd, which is why I ended up as an English teacher. I speak Spanish and Japanese, and I’m learning Te Reo. And I’m a gaming nerd, I play Dungeons and Dragons with my friends every Sunday, and I’ve started running my own game every fortnight on a Friday.”

If you’d like to meet the enthusiastic rainbow ninja in the flesh, her drop-in times are at the Whānau Room in Te Kete Konae at Wintec City Campus hub from 12.30-2.30 every Monday.
Receive our news direct to your inbox