Refugees from all over the world are studying English at Wintec’s Centre for Languages, all with incredible stories of survival and overcoming hardship. Read on to learn about the freedom some of our students have gained since fleeing their homelands.

The Waikato region is one of the biggest refugee settlement centres in New Zealand and Wintec, a business division of Te Pūkenga, is one of the main education providers for refugee-background learners in the North Island.

Wintec’s Centre for Languages (CfL) currently has just over 100 students who identify themselves as former refugees, who have fled from Afghanistan, Colombia, Democratic Republic of the Congo, Djibouti, Eritrea, Ethiopia, Somalia and Syria.

World Refugee Day is celebrated around the globe on 20 June of each year, and this year the focus is on the right of all individuals to seek safety. Here in Hamilton, World Refugee Day was celebrated on Sunday, 19 June, 11am to 3pm at the St. Paul's Collegiate Chapel, Hukanui Road, Chartwell.

Sasitorn Kanthiya, Wintec CfL’s Team Manager of the Intensive Literacy and Numeracy (ILN) programme and the lower levels of New Zealand Certificate in English Language (NZCEL) programmes, wanted to take the opportunity to showcase some of their former refugee learners – from the journeys they made from their home countries, their settlement stories, and their hopes and dreams for their and their children’s futures.
Sasitorn has seen many former refugees progress through the English language programmes and on to Wintec’s mainstream programmes or employment.
She says, “There have been many success stories. Some of our former refugee learners have won adult learner awards. They have been through a lot but are strong and resilient and have a strong desire to make something of themselves.”
“The tutors at the Centre for Languages are passionate about making a difference to the lives of their learners and we are very proud of what we have achieved and what our learners have achieved, ” continues Sasitorn.

Ramez Sharfo and Zamzam Salloum from Syria (Husband and Wife)

Ramez was enrolled this year in New Zealand Certificate in English Language (NZCEL) Level 2 but had to withdraw to provide support to a family member. Zamzam is currently enrolled in NZCEL Level 1 and studying full time.

Ramez ran a successful construction company and his wife, Zamzam, owned a hair salon back in their home country, Syria, before the war. They lived in a three-storeyed house until a bomb fell on it one day, completely destroying it and leaving their youngest child traumatised for several years.

Ramez and Zamzam fled to Lebanon in 2012 with their children and spent four years there before coming to resettle in Dunedin in 2016, and then moving to Hamilton in 2019. The family is happy here and describe it as safe with very helpful people and good schools. However, they also miss their home country.

“The cost of living was cheap, there were lots of job opportunities and we didn’t have to pay tax!” Ramez reminisced.

Ramez is now self employed as a handyman, which he juggles alongside looking after the children and taking them to school and various appointments.

What the family miss most is the summer in Syria where for three whole months there would be no rain and the weather was perfect every day.

With four children still at school, Ramez and Zamzam’s focus is on the children’s happiness.

“We are very happy to see our children have friends.”

They hope that one day their children’s dreams to become an engineer, a doctor, a nurse, and a lawyer will come true. But for now, they are safe and happy and that means more than anything to them.

Ramez wanted to share his deep gratitude to the Government and people of New Zealand.

“I am so happy with the life we have in New Zealand. This would not have been possible without help, support and kindness from so many people and organisations in this beautiful country. A special thank you also to Sasitorn and the team at Wintec for helping us to study English and share our journey.” 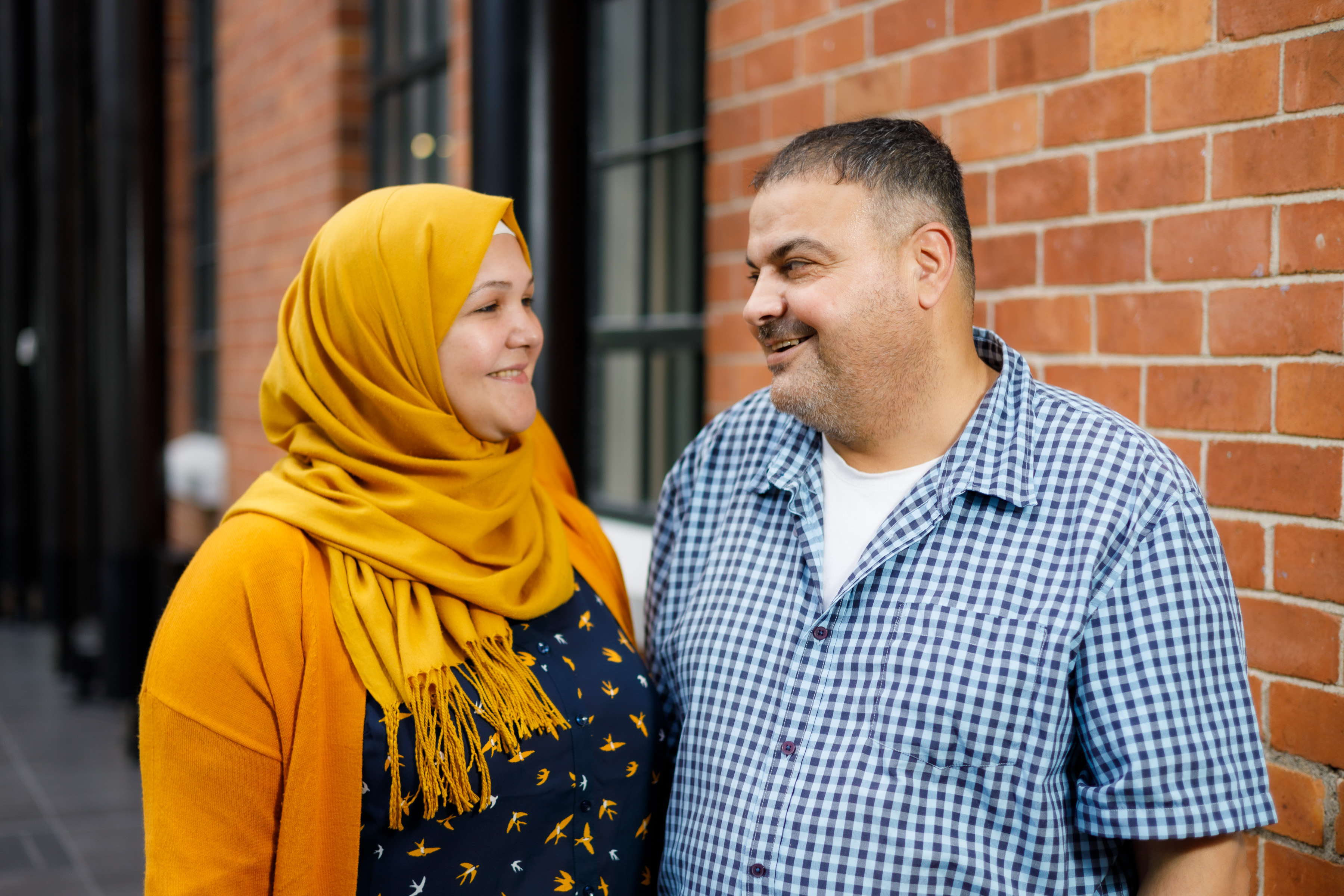 Zamzam (left) and Ramez are thankful for the help, support and kindness they have received from so many people and organisations

Joyeuse Uwase Nyirabwiza from Democratic Republic of the Congo

Joyeuse is currently enrolled at Wintec in New Zealand Certificate in English Language (NZCEL) Level 3 (General).
Joyeuse’s parents fled from Democratic Republic of the Congo to Rwanda more than 20 years ago. Joyeuse was born in Rwanda and spent her whole life there until her and her family came to New Zealand in 2020.
She remembers life in Rwanda as hard, but the first year in New Zealand was also extremely challenging. Everything was new and having no language to understand and find their way around made it harder.
Recognising the importance of learning English, Joyeuse came to enrol in the New Zealand Certificate in English Language (NZCEL) programme starting from the lowest level and steadily worked her way up. She is now studying in NZCEL Level 3 (General). She enjoys making friends and shares ideas with them about how to navigate work and study in New Zealand.
In the future, Joyeuse would like to study Nursing and work in the health sector. Her family’s goal is to work hard and try to learn new things so they can be integrated successfully in New Zealand society. 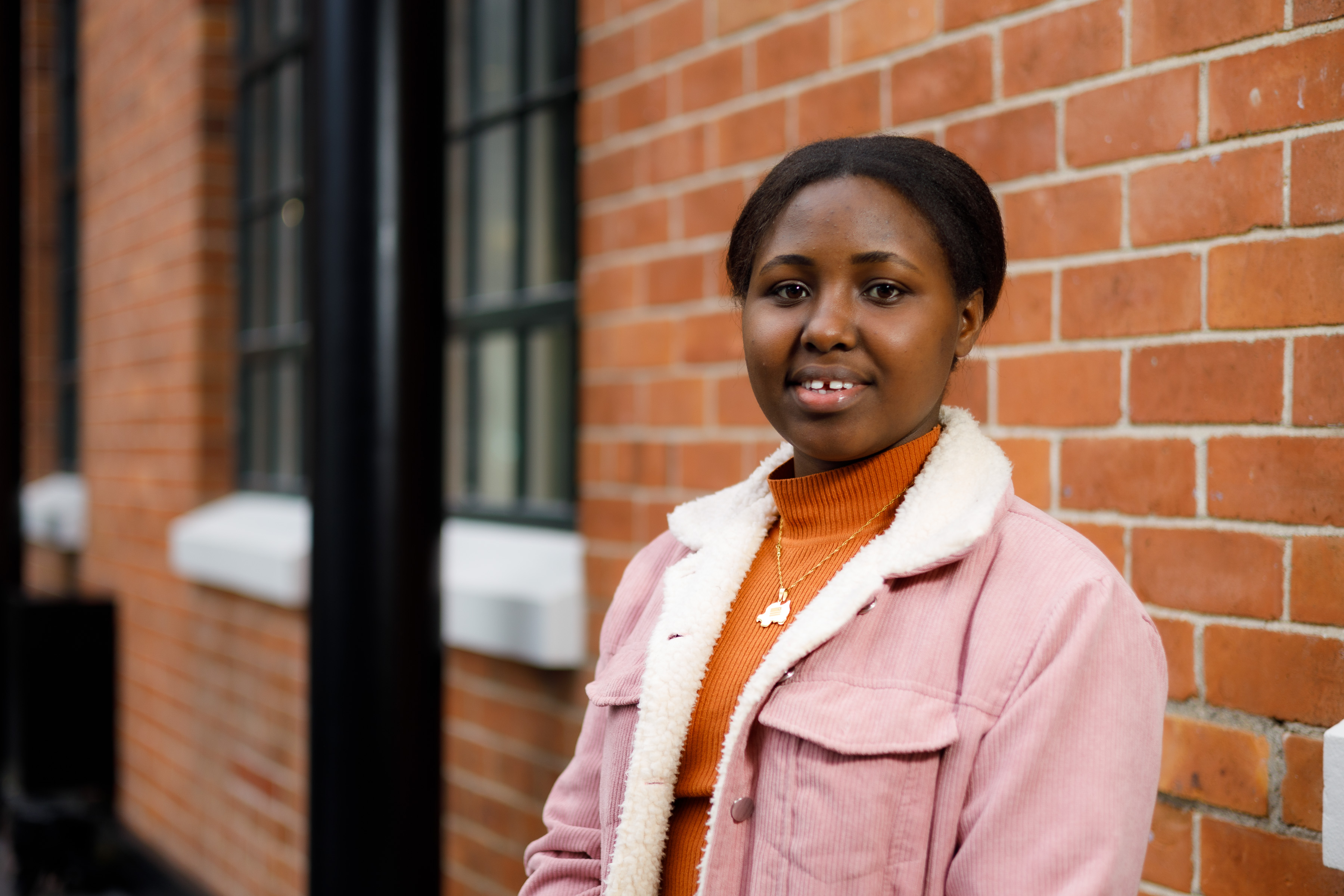 Shaheen is currently enrolled in the Reading and Writing modules of New Zealand Certificate in English Language (NZCEL) Level 2 at Wintec.
Shaheen left Afghanistan when she was only one year old and grew up in Pakistan where she described life as difficult and not safe. She came to New Zealand as a solo parent with her six-year-old daughter Bushra, in March 2017.
On arriving in New Zealand Shaheen was grateful for the help she received from NZ Red Cross and the volunteers, one of whom remains her friend to this day. She also remembered struggling with having no transport to take her daughter to school, to go to her classes at Wintec, to go to work at the Quest hotel, and to do grocery shopping.
Despite the difficulties she experienced, Shaheen achieved a lot in her first year in Aotearoa. She managed to learn how to drive and get herself a full license, giving her independence. She also applied to bring her parents and siblings to join her in New Zealand. In September 2019, they arrived in New Zealand and Shaheen could not have been happier.
“Women have freedom here.” she marvelled.
Shaheen would like to train to be a nurse and hopes that her daughter will study to be a doctor. However, her little girl could one day become the Prime Minister.

Bushra says, “I wanna be a prime minister when I’m older. I also hope to help the poor and people who have been through a lot like us.”

“It has been her dream job since she was six,” Shaheen recalled. “She told everyone about it and hasn’t changed her mind!”

On family and her life in New Zealand, Bushra says, ”I love my mum very much, she has made a lot of sacrifices for me. New Zealand is a great and safe place to live.”

Shaheen’s daughter Bushra, whose dream job is to become the Prime Minister.

Wintec Centre for Languages is open for enrolments now, with the next NZCEL 17-week programmes starting again for semester two on 25 July. Learn more.