Wintec third year design students have been working on a bilingual wayfinding project that is grounded in mātauranga Māori and responds to Te Tiriti o Waitangi principles. Image Wintec School of Media Arts.

Four years ago, Wintec academic, Luke McConnell made a note to do a bilingual wayfinding project with his third-year design tauira/students. Back then it felt like a good idea but as time went by, he realised the potential for designers to develop skills for bilingual wayfinding and the relationship to Te Tiriti o Waitangi principles.

McConnell says that wayfinding has always been seen “as a bit niche for graphic designers to do so we’ve never covered it in great depth”.

“As Aotearoa New Zealand turns a lens to revitalising te reo Māori and focuses more on diversity and inclusion, there’s a need for a cultural and considered response to wayfinding design. I’m really just starting to see how much now that we have included this project into our third-year design programme.”

This year, McConnell’s Bachelor of Design (Visual Communication) class could choose to develop a publication or take the new wayfinding project option.

Fourteen tauira from the class of 40 chose the wayfinding option.

“Learners from each year of this three-year degree have learning outcomes like identifying the principles of Te Tiriti o Waitangi and how they relates to the work they will be doing from a basic, dipping their toes in level, to understanding more about mātauranga Māori relationships, to their third year, where there is more application.” 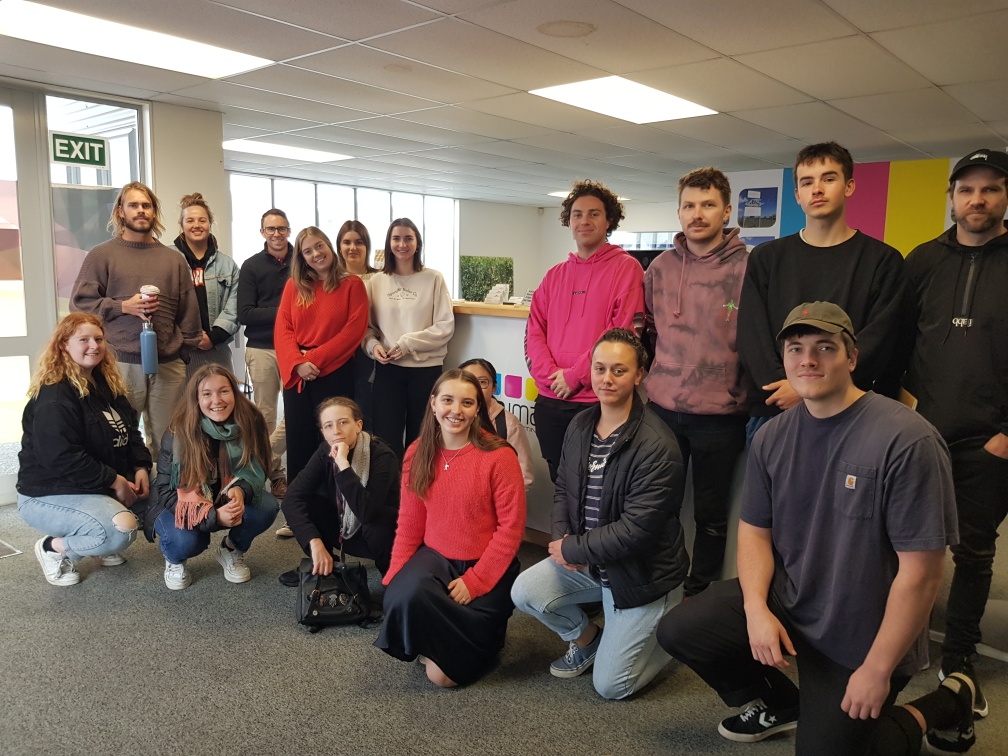 This year, the Wintec School of Media Arts design teaching team wanted to find projects where there was more opportunity for their students to take a lead.

The wayfinding project also required them to gain a deeper understanding of te ao Māori and its place in visual design.

“We talked about Te Tiriti principles, what mutual benefit and reciprocity mean. We also looked at protection and what it means to uplift te reo Māori as a designer,” McConnell explains.

For the wayfinding translations to be authentic, the design students who were not fluent in te reo Māori, needed someone who could translate well.

“It just so happened we had a few first-year tauira who are fluent,” says McConnell.

“Our options were to engage a translator or work with a first-year designer. The class saw working with a fellow student as potential for a two-way mutual benefit transaction. The cool thing was, they worked with the first year and he took their wording, took it to his koro, got advice from others and then came back with it.” 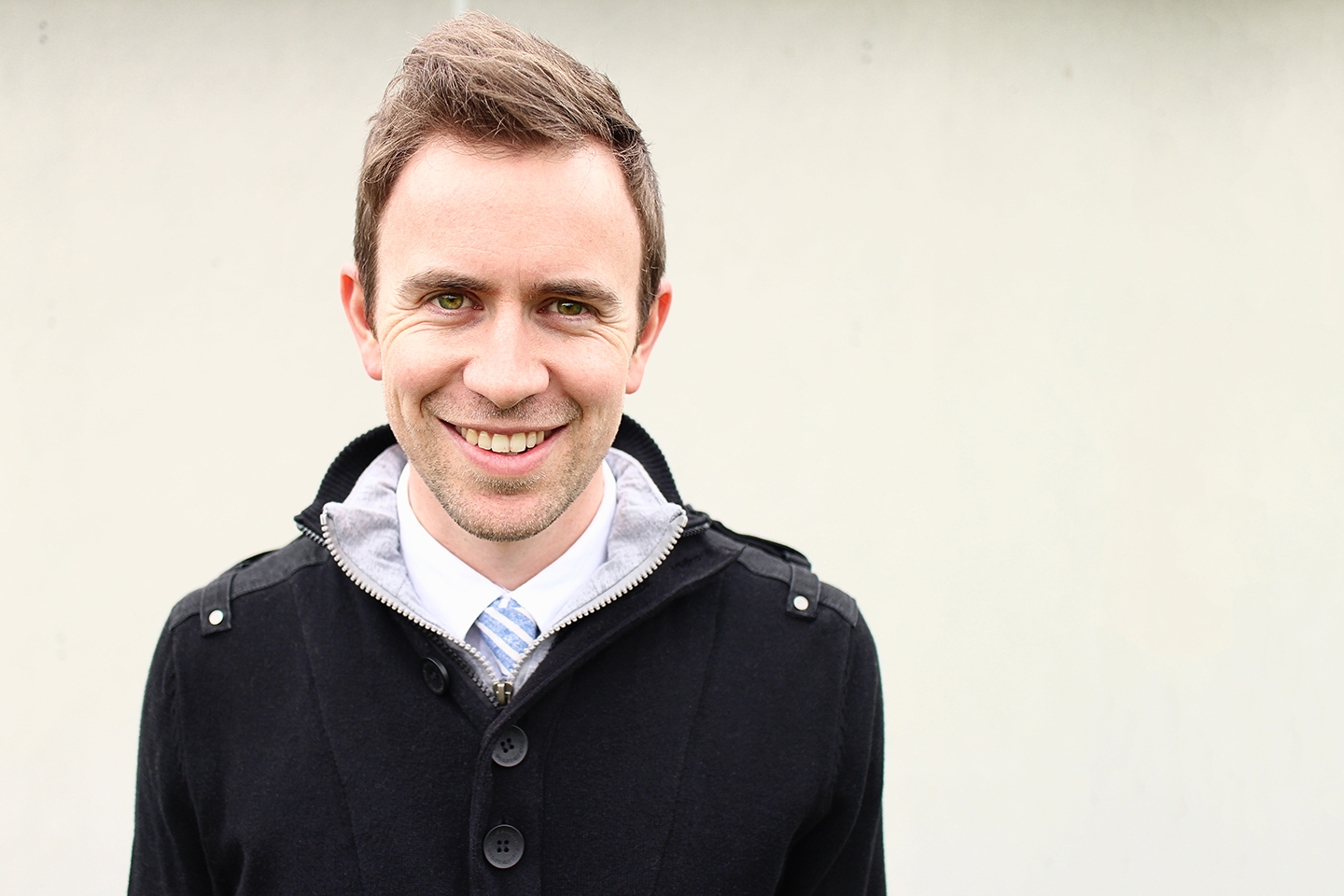 The class soon discovered the difference between the literal translation of some spaces and the true meaning and had to resolve what this meant for spaces like the Gallagher Hub which has a sponsored name. Then there were other challenges like the event spaces at Wintec that have English names e.g. The Atrium. An outcome was to consider a mix.

“We mapped the whole project out creating what looked like a full-blown crime scene investigation on the wall and looked at what we needed to solve to create a new wayfinding system for the campus,” says McConnell.

This included interviews with students and staff on what their first day felt like, and what they understood about where and how things were located.

“They thought about how their ideas would work with international students and asked what it is like for someone in a wheelchair, or with impaired vision?”

There were other aspects to consider. The students were asked to consider mutual benefit being one of the first principles of Te Tiriti o Waitangi, and how that could work for the first-year student who helped with translation?

“I wanted them to realise that a gift from me, the tutor, was not authentic, so they decided instead to make a kete full of goodies that would be great for a first-year design student. Food, art supply vouchers and vouchers for free support on his design projects went into the kete so he could get as much back from them as he gave. It was exciting for him to take part and there was a beautiful connection between the two groups when they completed the project.”

“It was nice to sit back and watch and I can say they showed leadership. Each of them applied Te Tiriti o Waitangi principles and learned some basic te reo Māori along the way,” McConnell says.

The students also considered what balance looks like for English and Māori and was there equity in their design?

“They concluded they needed to emphasise te reo Māori to encourage people to learn the language e.g. rather than label it a classroom they used the te reo Māori word, akōmanga first. The idea for them was to pitch it as a learning opportunity for everyone.”

The project has now gone into a second phase. When McConnell shared the work with Wintec Pouārahi /Executive Director Māori TeUrikore Biddle, she invited students to pitch to the Wintec Executive team.

“Perhaps this project will be a catalyst for change in educational wayfinding in Aotearoa,” smiles McConnell.

This story is part of a series demonstrating how cultural change is making a major difference to learners, staff, employers and the wider community.

Ensuring education responds to the needs of Māori, Pacific and all learners is a focus for Te Pūkenga – New Zealand Institute of Skills and Technology .  As a subsidiary of Te Pūkenga, Wintec’s Tōia Mai framework aligns closely with this.

Find out more about studying the Bachelor of Design at Wintec School of Media Arts.