Brighter days ahead: The winning Fieldays team reunite over lunch at The Atrium.

When events were cancelled during the lockdown, this top Hamilton venue lay empty and with it, the themers, production services and caterers they would usually work with, had their work grind to a halt.

A seed of an idea changed that and for two weeks they worked together on a feel-good plan to bring life back into the venue, get people working together and reward Waikato business partners affected by COVID-19.

It all started from a suggestion by Leanne Morris of The Event Company to Wintec Venues Coordinator Kate Laurich that  it would be great to host for free, a series of lunch events for their most deserving Waikato clients to reunite after the COVID-19 lockdown.

Laurich says the seed of an idea grew into a collaboration with other Wintec Venues partners, Phoenix Decoration Hire, lighting and production company ACLX, and Hamilton caterers Montana, Hazel Hayes and  Kerr and Ladbook.

With people behind it, the Reunite lunch series took shape.

“It was a big ask,” says Laurich. “These companies had little or no income for the past three months, but when we put out a call, they jumped at the chance to take part and they contributed everything. We were frankly, just blown away with their generosity.”

Two weeks, 120 entries and a draw later from Wintec’s event client list revealed the winning teams: Fieldays, Waikato Hospital and Winger. They reunited with their colleagues at a series of special lunches at the Atrium for 12 people, from 10-12 May after New Zealand officially entered Alert Level 1 and social events were back on.

To enter, they contributed their lockdown stories and the challenges they faced.

“There were so many heart-warming stories about the adversity our business partners were facing that it made choosing just three, pretty tough,” says Laurich, who added that high proportion of entrants nominated their IT teams who were integral in helping the shift to online working.

“It became obvious at the events that many of these people had been working from home and they clearly enjoyed connecting in person again. The big smiles were worth it for all of us involved.” 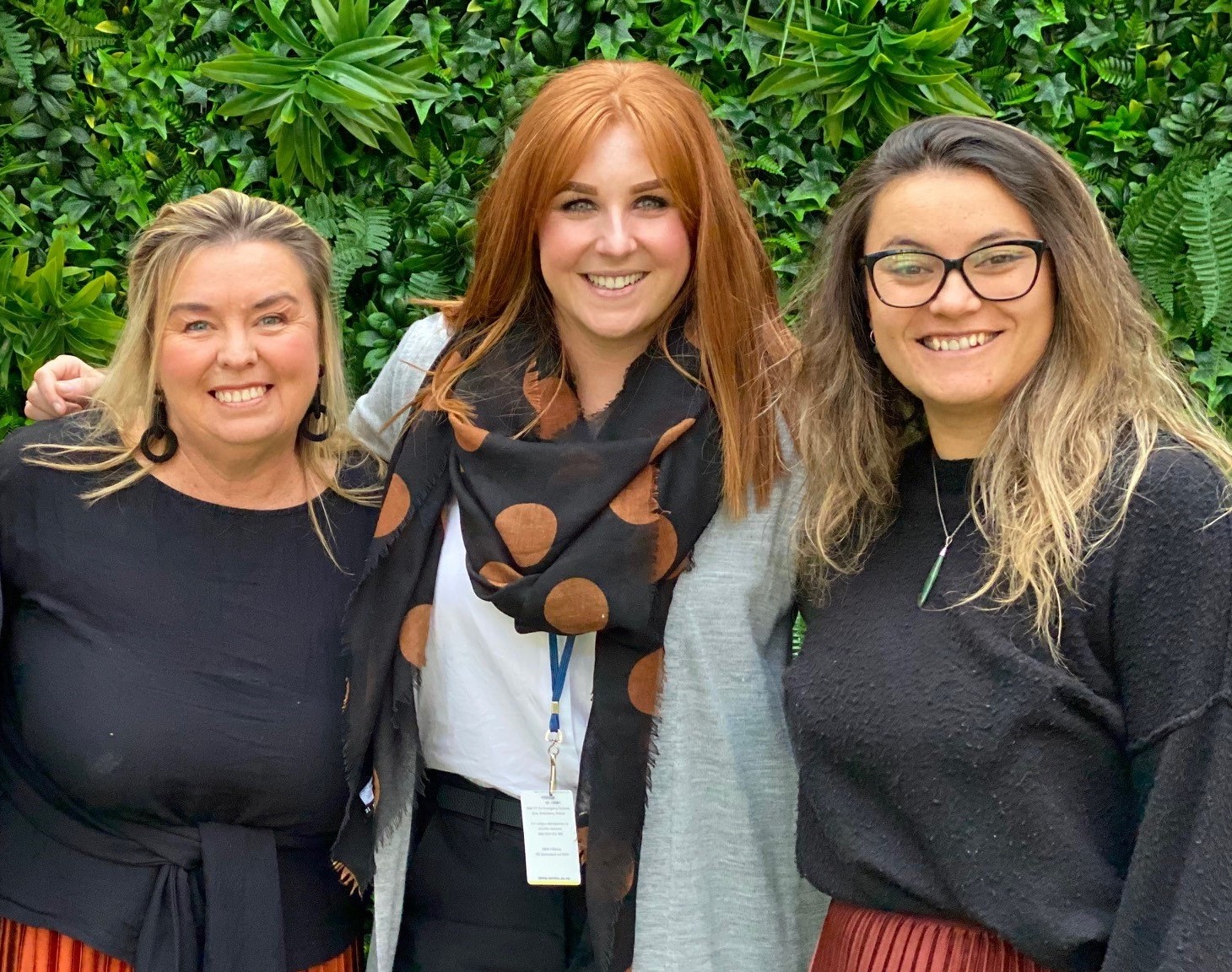 The Reunite event partners came to the party and everything from the venue, staff, theming, food and wine, and lighting was laid on for free including entertainment by soloist  Dan MacIntyre and folk-pop duo, Looking for Alaska.

Guests were treated to an exquisitely decorated long table, stunning lighting and a three-course banquet matched with wine and served by trained waitstaff. Wintec Venues and ACLX staff worked in the background to ensure everything went like clockwork.

Ironically, the first event on Wednesday 10 June would have been the day the Fieldays launched New Zealand’s biggest annual agricultural event.  It was a small consolation for a team from Fieldays as the first corporate team to be treated to a Reunite lunch at the Atrium.

The experience was a celebration for everyone adds Laurich.

“We’re not going to forget the past three months in a hurry and for our business partners and clients, it has been tough in so many ways. This whole experience has taught us the importance of reconnecting in person and the value of good technology when we can’t.”

The Atrium at Wintec House is a sought-after venue for weddings, conferences and event of all sizes. The complex is managed by the Wintec Venues team along with a suite of events and training rooms at Wintec City and Rotokauri campuses in Hamilton. Find out more about  venues at Wintec. 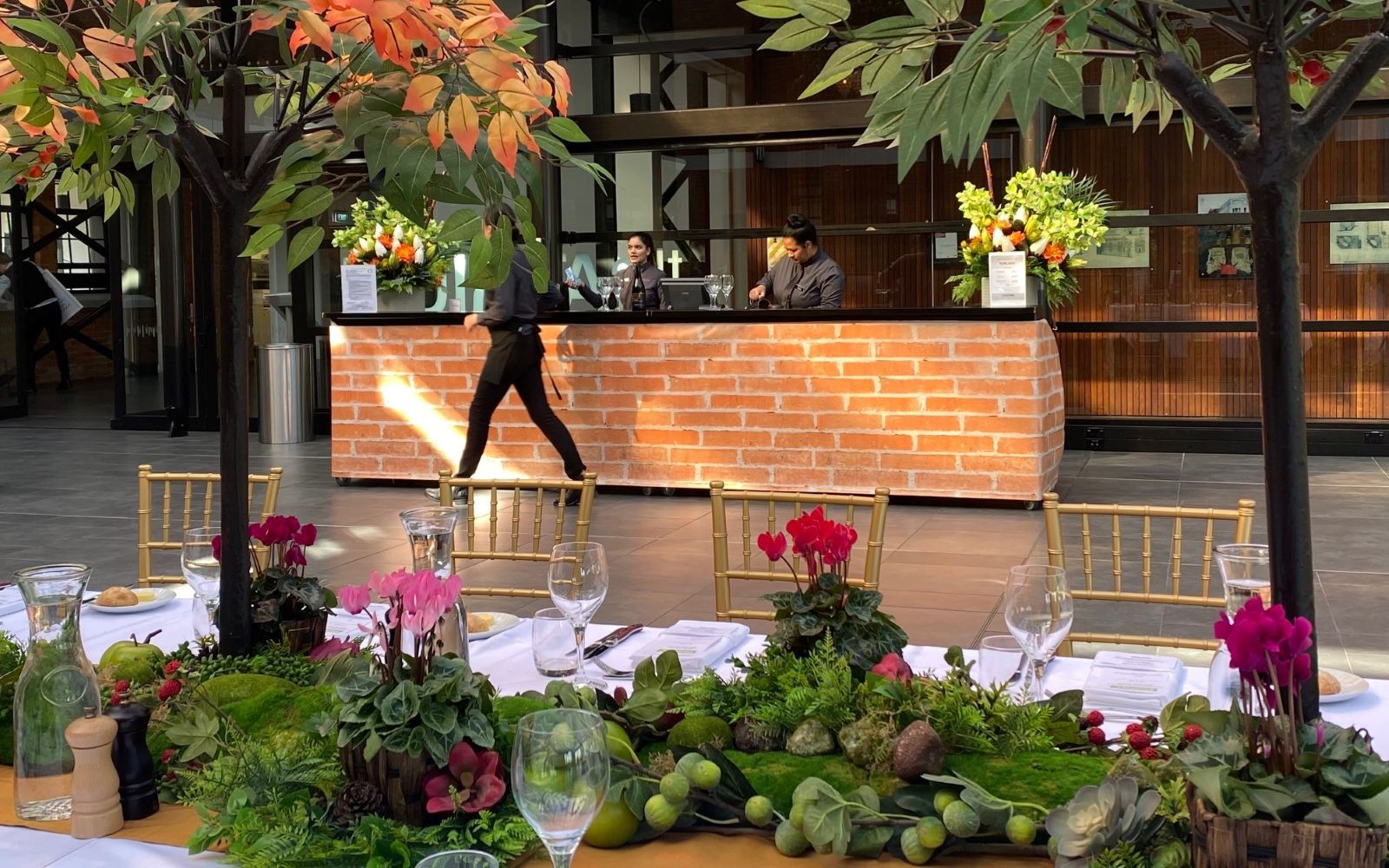 The Atrium is set up and ready to go for some enviable guests for the post-lockdown Reunite series.

Laurich along with Morris and Wintec Venues Manager, Stuart Challis whittled the entries down to 25 before drawing the final three out of a hat. They agreed there were just too many deserving Waikato business and organisations. Here are the winners’ nomination stories:

Waikato Hospital Emergency Department
Our department has been on such a roller coaster over the last months. We all continued to prepare and work through what the possibilities were that we were facing. The apprehension and anxiety was unbelievable but this amazing group of people just got on with it. We supported each other as much as we could, and we are so thankful that we didn't face the possibilities that we prepared for. It would just be so, so awesome to thank some of them that went above and beyond. There were some who worked more than 100-hour fortnights without complaint.

NZ National Fieldays Society
For the first time in 51 years the iconic Fieldays event has been postponed. This has affected thousands of businesses across the country; however, with the quick thinking of our superstar marketing team we will stand Fieldays Online in 2020. The team have worked tirelessly to bring this to our valued exhibitors, along with our national and international audiences. I believe our team are very deserving of this opportunity; we are in this together and will continue to support the events eco-system as we work towards finding our new normal. This is a great idea and we would love to win one of the gourmet lunches up for grabs. Good luck to all those that have entered.


Winger Hamilton
I am nominating our workplace as our boss took one for the team and essential workers during lockdown by getting our tow truck up and running and providing essential workers with help when their vehicle broke down!

Read more:
More fees-free study options added at Wintec
Magic is sharpening their game at Wintec
A double win for tertiary education in Hamilton and the Waikato