Casey Messent is the 2019 recipient of the Gordon Chesterman Scholarship.

Casey Messent was walking to class when he got the call to say he was the 2019 recipient of the Gordon Chesterman scholarship. Now he can continue his study and follow his dream to create music and events from the natural amphitheatre on the site of the former Huntly East Mine.

This promising musician has been writing music since the age of 12 and is currently in his first year, studying a Bachelor of Music and Performing Arts at Wintec.

“I was pretty stoked to say the least. It definitely made my day,” he says.

The 20-year-old, from Huntly, originally set his sights on a career in law. After two years at law school, Casey began feeling isolated and craved to be surrounded by budding musicians again.

“I never intended on getting rid of music, I always wanted to pursue music. But I decided to study law with the intention of specialising in Intellectual Property and Copyright Law, and then working as a music lawyer.

“I found law really mentally demanding and started to feel not like myself. It was causing problems with my creativity when writing music. Then, last year when I had a break between semesters, I found myself writing music again. That’s when everything clicked into motion and I decided to switch to a music programme.

At the beginning of 2019, Casey was one of the first students to enrol in the new three-year Bachelor of Performing Arts and Music degree at Wintec.

“Enrolling in this programme was the best decision I’ve ever made – it’s allowed me to be myself again.

“The thing I have enjoyed most so far is being surrounded by likeminded people who have a passion for performing music. Individuals with their own creative ideas and voices that you can have musical discussions with.

He’s always been surrounded by music, his dad is a bass player, but says his love for music was cemented at the age of seven, when his dad brought home a Led Zeppelin album and his fascination with Jimmy Page’s blues-driven riffs drove him to pick up the guitar seriously.

When he isn’t studying, working part-time, performing, composing or producing music, supporting young musicians to develop their craft, volunteering his time for local productions (most recently sound mixing for Hamilton Boys High School’s War of the Worlds), you will find Casey helping with the rehabilitation of the Huntly East Mine.

“When Solid Energy sold the Huntly East Mine, my grandfather looked at the land because it borders his farm, and being the visionary he is, he brought the property. I became involved because I am really interested in the potential it has.”

The former coal mine was once a lake and Casey’s grandparents have been looking forward to seeing the lake restored since the day they originally moved there.

The plan is to rehabilitate the weed-infested land into a 60-metre-deep lake with a planted walkway, and create a space for an outdoor events centre, which will eventually host mountain biking and water sports, along with festivals and shows.

Casey says that they’ve already run two smaller music festivals there with 300-500 people and he’s looking forward to doing more in this space, like providing music students the opportunity to get involved, learn from and perform in a festival environment.

“Students will be able to experience the running of a stage – how to set up a sound system, run lights, film, and record a live performance – they’ll be able to really immerse themselves in the actual doing.” 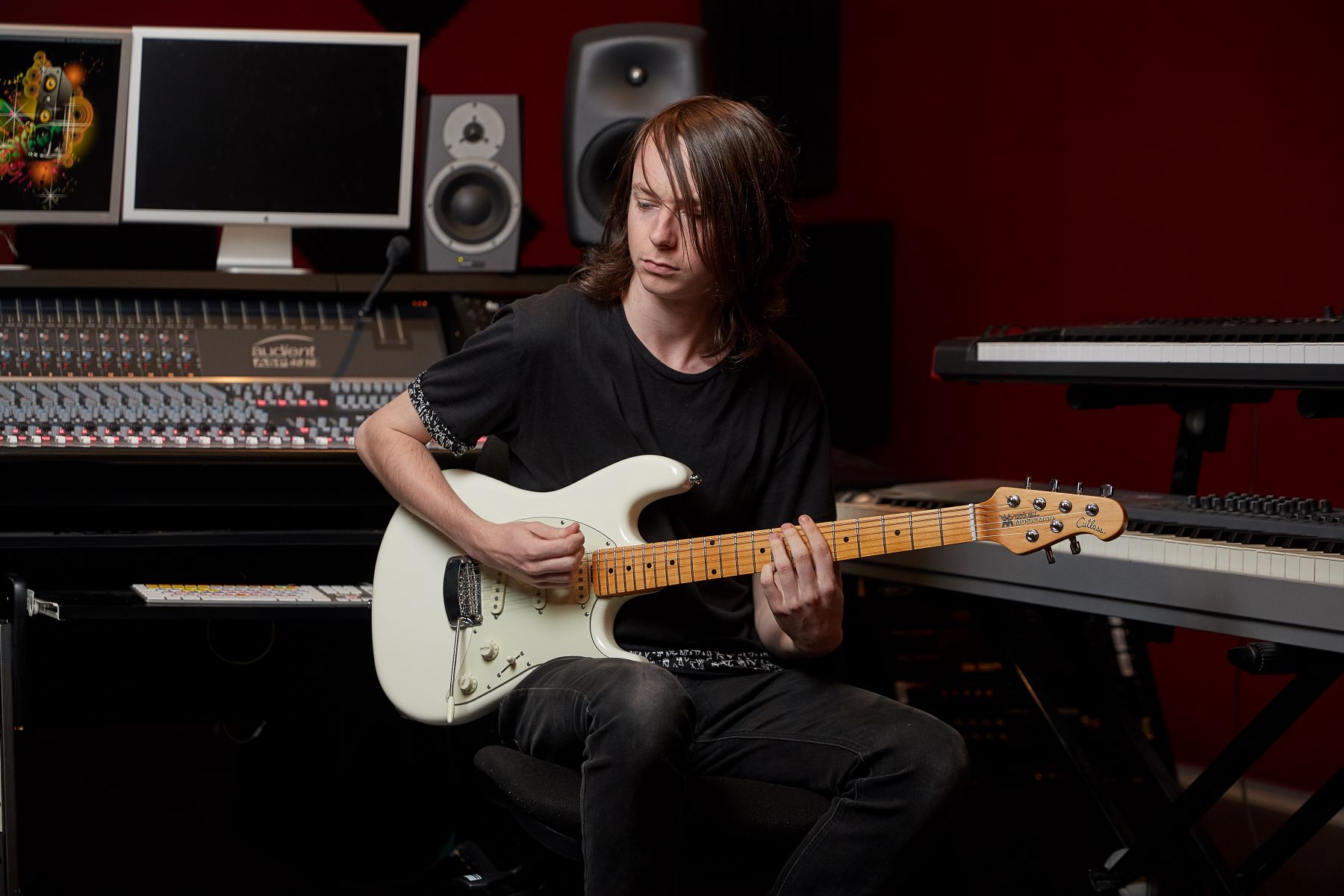 The advice he has for other students thinking about applying for scholarships?

“Take every opportunity you have the time to apply yourself to, because every shot you don’t take, you’ll miss. So, when it comes to scholarships, just get going and make the application. You’re not going to lose anything by applying, and even if you don’t get it, you’ve started building an application that will help you apply for future opportunities.”

Casey says the monetary support from this scholarship will enable him to get a head start in the music industry.

“Due to the high cost of music equipment, not having to worry about the financial part of tertiary education will enable me to start investing in music projects, such as setting up my own music studio and investing in music and arts festivals at the Huntly East Mine.”

The scholarship, worth up to $15,000, is offered in recognition of the significant contribution made by former Wintec chair, Gordon Chesterman, and is awarded on the basis of academic merit, personal character and community involvement. Students enrolled in Wintec’s School of Media Arts, the Centre for Business and Enterprise, or the Centre for Information Technology are eligible to apply.

Gordon Chesterman, who will formally present Casey with his award later this year, said he was impressed with his passion for music as well as his contribution to the community through the Huntly East Mine project.

“Casey is focused, goal-oriented and truly passionate about what he’s studying, which is really inspiring. He appears to be disciplined, motivated and has the ability to succeed in whatever he puts his mind to. His future looks very bright.”

Mr Chesterman was Chair of the Wintec Council for more than 10 years and was Deputy Mayor at Hamilton City Council for two terms until 2016. He is a strong advocate for Wintec and the business and arts community.

Find out more about studying a Bachelor of Music and Performing Arts at Wintec.