If you’ve walked down Ward Street in Hamilton recently you may have noticed some new additions to Wintec’s student car park – 24 planter boxes filled with greenery now beautify what was once a plain and industrial space. They’re the work of Wintec’s carpentry students.

Wintec’s Strategic Assets Manager, Jeff Lukin, explains: “Before we could secure final Resource Consent for the student car park, we had to demonstrate a number of ways we would beautify the space. That’s where the idea of colourful murals and planter boxes came from.”

Wintec used the opportunity to engage students, so they could gain essential real-world experience on an operational project.

“With the support of staff from the Centre for Trades, Wintec carpentry students contributed to the project by constructing 40 planter boxes.

“24 planter boxes have been delivered, with another six sitting at Rotokauri ready to be delivered, and a further 10 under construction,” says Jeff. 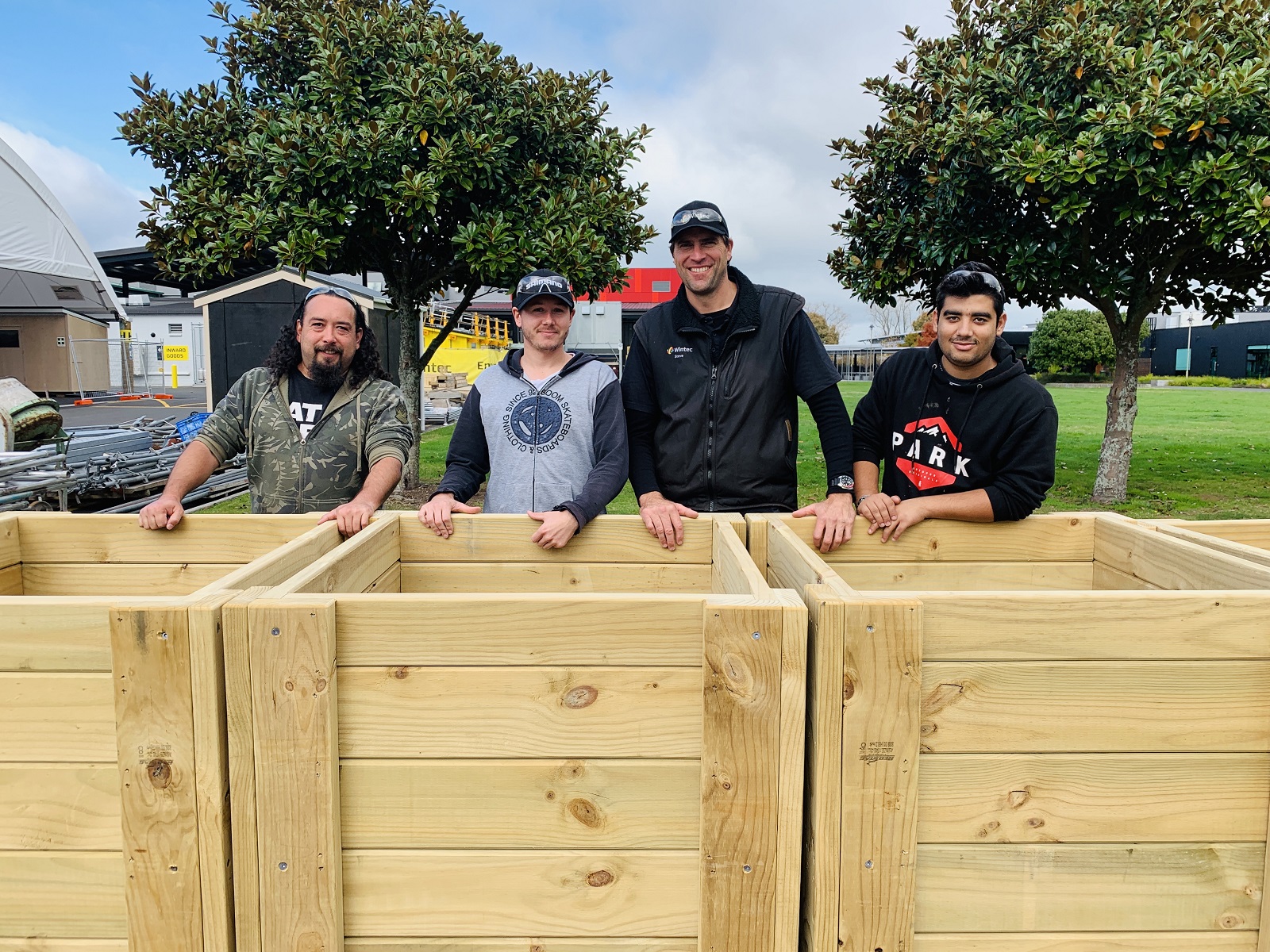 Wintec tutor, Centre for Trades, Steve Wilson said he heard the Facilities team was looking for students to construct some planter boxes, so he created a design/build solution, priced it up, and away they went.

“All my Level 3 carpentry students were involved at the start – moving timber around, sizing and cutting the wood. Then I assigned the project to three students, so they had a real-life job to focus on and deliver within a required time frame.”

Zach moved to Hamilton from Tauranga, where he had been a fencer for six years, to train as a carpenter. He enrolled with Wintec to gain building and carpentry skills and an understanding of building methods and materials before entering the industry. He also thought study would be a good way to make friends in a new city.

“The key takeout from this course has been building my confidence with the tools, gaining an understanding of how things work in industry, and developing a skillset that will serve me well on the worksite. Equally, I have developed my interpersonal skills and learnt how to work in a team environment.”

Jared joined Wintec after working in the retail industry for years, selling paint at Resene, but made the move to carpentry because the chances of getting a job are good due to a shortage of workers.

“This course has provided me with the opportunity to have a turn on the tools – many of which I hadn’t used before. I now feel confident to enter the workforce, knowing I can correctly use and maintain tools I will be operating daily.”

All three students agree this was a great project to be involved with and have taken away valuable learnings that can be applied in industry.

“Steve is a great tutor. He set us up with the project, told us what needed to be done, and then let us figure out the rest from there, while still providing support and a gentle push when needed. As a team we discovered ways to improve the process and speed up production, so we could meet our deadline,” says Tayyab.

“We established a good routine, saw the finish line and dashed to it,” adds Jared.

Both Jared and Tayyab will be finishing the course in two weeks and they’re getting support from Wintec to secure apprenticeships in industry.

Zach will finish the course in August and already has an apprenticeship with a local building company. The company is so impressed with this young apprentice, they have confirmed they will employ Zach full-time once he finishes his course. They wanted him to start sooner, but Zach is determined to achieve his qualification first.

Steve explains he is extremely proud of his students’ efforts and knows they will all have long-term and very satisfying careers.

“This was a great opportunity for these young men. They were given a hands-on project with a real-world deadline – giving them a sense of what it’s like to work in industry.” 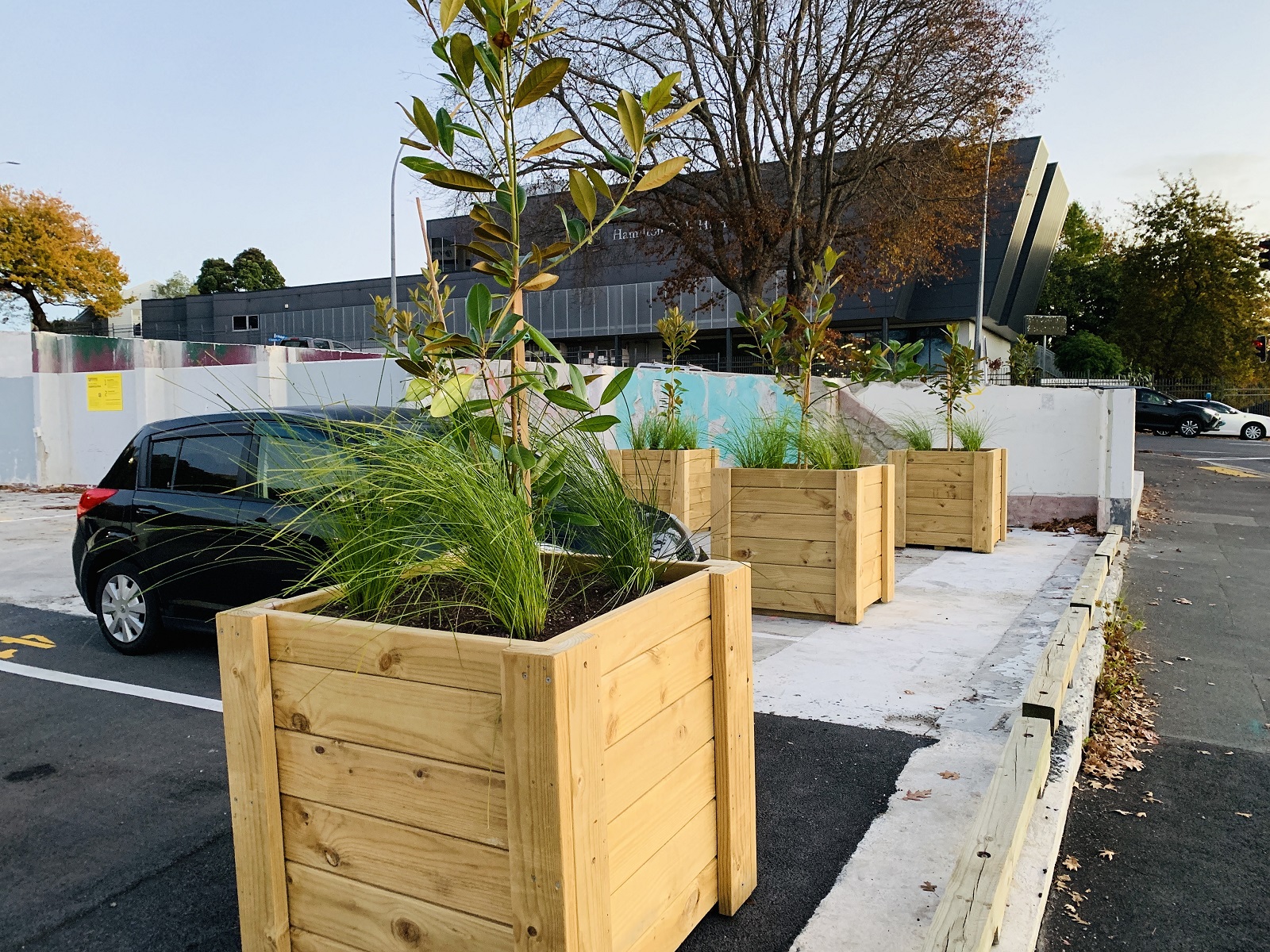 Find out more about studying carpentry and other trades here.