The Pacific nation of Kiribati is often described as the poster child of climate change, and as the tides continue rise on its people, a team from Wintec is working to upskill nurses to future-proof their careers.

The aim is to prepare a sustainable nursing workforce to meet the growing demand for healthcare in Kiribati and, as relocation will be a reality for the people of Kiribati, enable nurses to pathway into careers in New Zealand, Australia and elsewhere in the Pacific.

Wintec nursing educators Glennis Birks, Sue Lichtwark and Wintec programme manager Nick Borthwick are working with associate professor David Lindsay from James Cook University (JCU) in Queensland and Tareti Ruaia Ioane, the deputy director of the School of Nursing and Health at the Kiribati Institute of Technology (KIT) on this initiative.

Together they make up the project team that researched and recommended ways to achieve a new nursing education curriculum. The team is funded by the New Zealand Ministry of Foreign Affairs and Trade under the New Zealand Aid Programme.

Glennis, David and Sue visited Kiribati late last year to research the project with nursing educators at the Kiribati Institute of Technology and other relevant high-level stakeholders from the Kiribati Nursing Council, KIT, Ministry of Health and Medical Services, Ministry of Employment and Human Resources. They have since presented their findings in a report to the Kiribati Government, which will decide on the design and implementation of improved nursing education in Kiribati.

“By benchmarking nursing education to international standards, we are strengthening their ability to help their own people,” says Glennis.

“Our work has been welcomed by the health workers and nursing teaching staff at the School of Nursing and Health in KIT, as Kiribati is facing extreme challenges with a growing population and health, economic and employment issues.”

Wintec programme manager Nick Borthwick has worked behind the scenes to support the Wintec project team’s review in Kiribati.

“This is the first health-related aid activity that Wintec has been involved in and it has been a success,” says Nick.

“A strength of this review is the synergies this team brings to the project, which works well in the Pacific as it is inspired by the treaty values of partnership and participation.”

Losing arable land to the sea has created a myriad of problems for the people of Kiribati and Nick says i-Kiribati (Kiribati people) are also paying the price  of the western world’s over-consumption and associated health issues.

“Life is challenging as they can’t sustain quality growth of fresh fruit and vegetables due to the quality of the soil, rise of the sea and the very narrow strips of land available for living on this nation of atolls. More than 30% of i-Kiribati are unemployed and the situation is growing increasingly dire.”

Sue Lichtwark says the people of Kiribati are warm and welcoming, but life isn’t easy. The three major problems creating demand for better health care in Kiribati are sanitation, rubbish disposal and nutrition.

“Their health issues are predominantly non-communicable diseases like diabetes, heart disease and stroke. Subsequently there is a low life expectancy of 54 for men and 57 for women and this is placing demands on healthcare and a reviewed curriculum will help address this.”

Members of the project team have been invited to present at the WHOCC (World Health Organisation Collaborating Centres for Nursing and Midwifery) 2018 global network conference next month at James Cook University in Cairns, Australia.

The theme for WHOCC 2018  is exploring sustainable development goals and what these initiatives mean to universal health care. Their paper, “A rising tide lifts all boats’ – preparation of a sustainable nursing workforce to meet the needs of the health sector in Kiribati and beyond”, will describe the collaborative process used to prepare for the development of a new Diploma of Nursing in Kiribati. It will illustrate how this project is linked to a number of the Sustainable Development Goals (SDGs), a collection of 17 global goals set by the United Nations.

“The phrase ‘a rising tide lifts all boats’ commonly refers to how improvements in a country’s economy will benefit all participants in that economy,” says Glennis.

“In the small Central Pacific Island country of Kiribati this phrase has an added significance as it confronts many challenges to its sustainability, not only economically but all aspects of its future as a nation.”

Find out more about nursing education at Wintec.

Find out more about Kiribati. 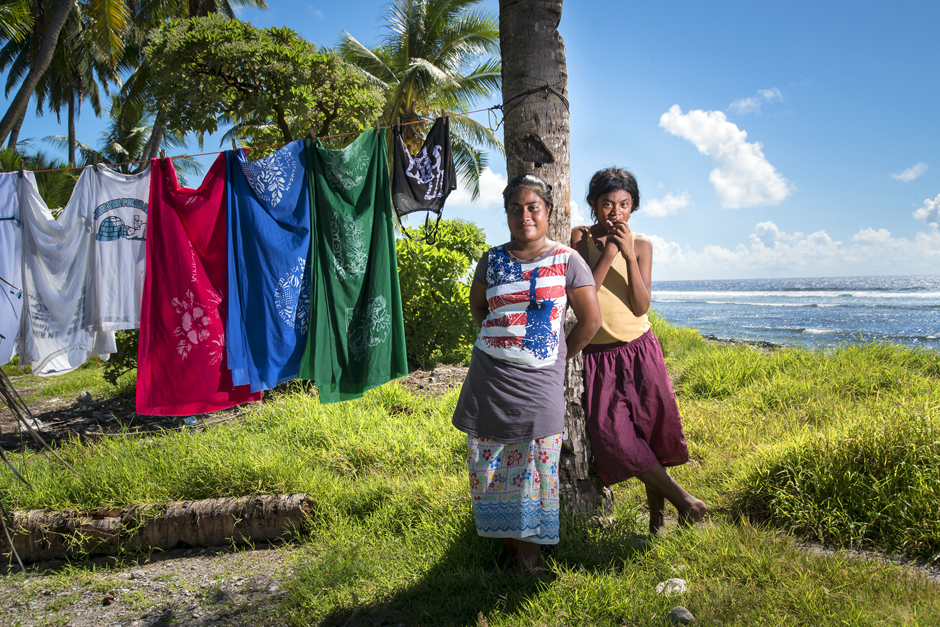 Wintec is working to upskill future nurses in Kiribati to provide better healthcare and career opportunities in  New Zealand, Australia and the Pacific. Photograph by darrenjamesphotgraphy.com.