Some of the cast and crew of Blink, a short film in the making with strong links to Wintec.

Hidden away in a former dairy factory in Matangi, a group of passionate film-makers, are working on Blink, a short film by writer-director Paige Larianova and producer Chris Williams. They are part of Hamilton’s vibrant film community and many of the crew, including the producer and director are Wintec staff, alumni and students.

It all started when Wintec Media Arts alumni, Paige approached Chris a quality specialist at Wintec to produce a film. They involved David Tharratt, a Wintec Media Arts graduate who “has amazing technical knowledge and an excellent camera”, formed a small team and worked with Wintec to make a short film to support their funding application to Creative New Zealand.

“We couldn’t have come this far without Wintec’s help and the connections and skills we have here from students, staff and alumni” says Chris.

Chris needed hair and makeup for the film, emailed a colleague and was pleasantly surprised at the response. “We’ve got four Wintec Hair and Beauty students working with us on the set with our existing team of five experienced hair and makeup artists. They are so professional and keen to be involved in this experience. Plus we’ve attracted a lighting manager whose truck converts to a mobile makeup trailer for them to work in.”

The low-budget production has morphed into a professional troop of passionate film-makers, all giving their time, expertise and energy to this project for free.

“We originally envisaged a team of 25,” says Chris, “and at the last count we have 72 passionate professionals working with us voluntarily whose credits include The Lord of the Rings, Shortland Street, Ash vs Evil Dead, Hercules, Xena: Warrior Princess, Magic Mike and the upcoming Jason Statham led sci-fi horror, ‘The Meg’.”

The Blink team hails from Hamilton, the greater Waikato, Auckland and there are five cast and crew members from the United States. The short-film stars Joanna Bishop, Derek Neal, Laurie Hayes and Phill Palmer.

Blink follows the story of Sally, a onetime could-have-been champion in a highly illegal, underground competition. Beaten, washed-up, and tossed aside, Sally’s glory days appear to be behind her. Now she spends her nights waiting tables in one of the most illicit clubs in town: Randy's Place. Where the competitors are rough, and the clientele are rougher. But in this place, on this night, anything can happen, and things can change in the blink of an eye.

In an industry dominated by males, there’s an unusually high number of female crew working on Blink. They include the writer/director, assistant director, director of photography, two heads of departments, and two of the three main characters.

Writer/director Paige Larianova graduated from Wintec in 2017 with a Bachelor of Media Arts, with first class honours.

“This film has a lot of my quirky personality in it. But it really reflects what we are like as New Zealanders. We are a bit quirky and even in a serious setting, there is something about us that sets us apart,” she says.

“Generally my films say something about the stereotypical version of a female in films. Films generally give woman a one-dimensional character and in Blink I’ve matched that expectation (such as Sally is just the barmaid serving drinks, and Ruth is the female competitor in way over her head against the strong male) then I subvert this expectation by allowing my characters to grow and overcome the odds set against them.”

Filming is almost complete and Paige, Chris and the production crew are now editing and producing the final film before they submit Blink to film festivals.

Despite being a low budget production, Chris and Paige are fundraising to purchase materials, consumables and props, and they will need ongoing funding for post-production. Donations can be made through their Givealittle page.

Interested in a career in film? Find out how to get there through Wintec’s School of Media Arts. 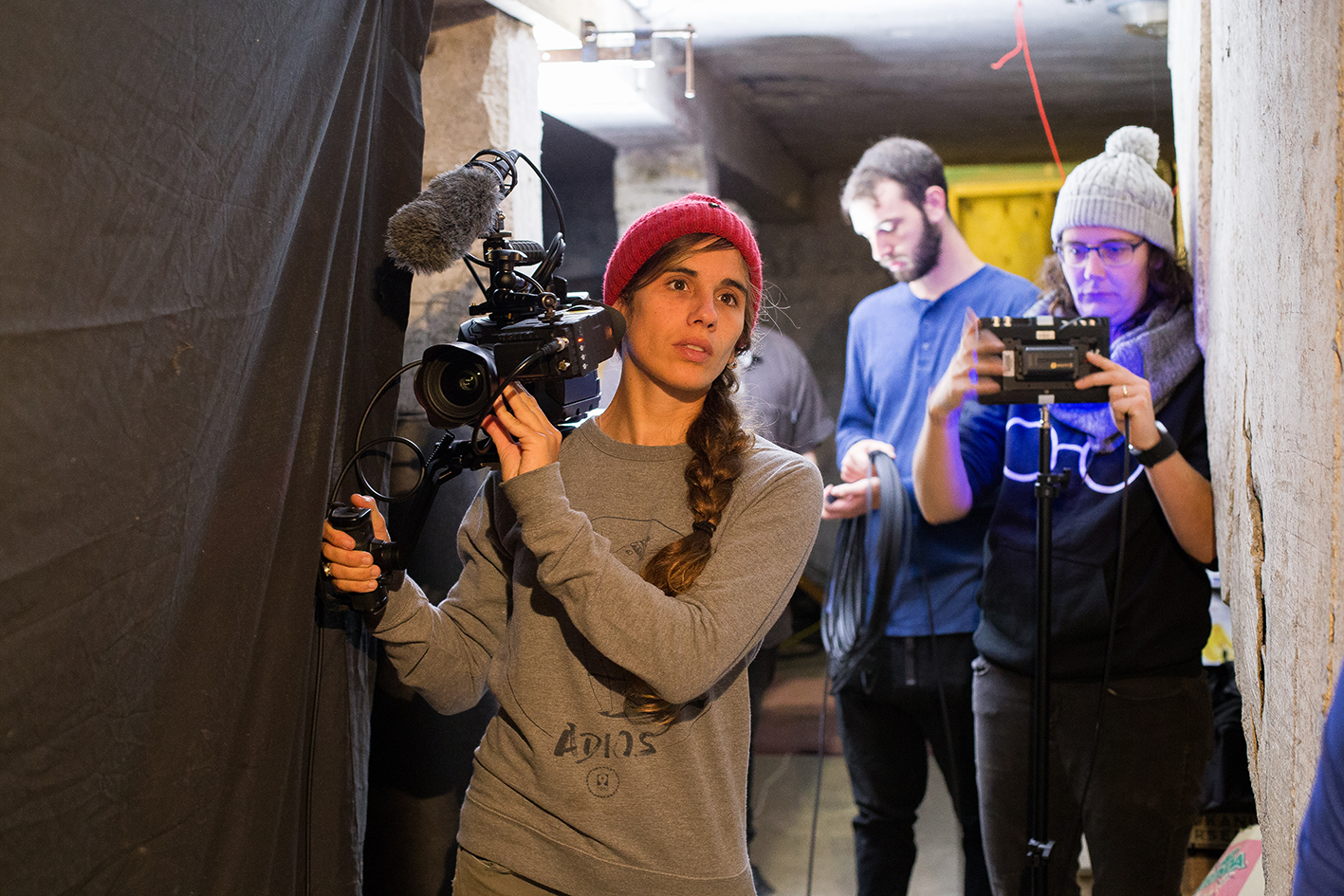