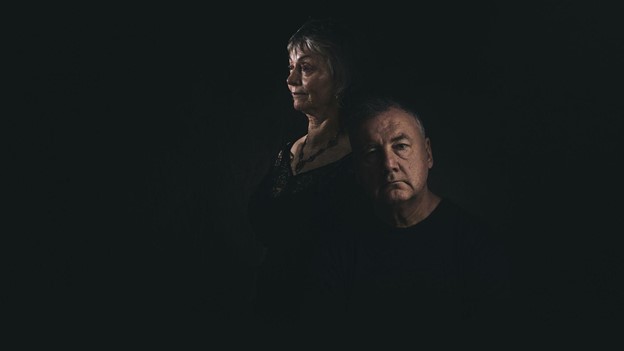 Reading and memorising Emily Dickinson's poems provided Wintec researcher Matthew Bannister (Sneaky Feelings, The Changing Same, One Man Bannister) with the creative inspiration needed to get him through the Covid-19 lockdowns.

Matthew drew inspiration from the New England poet and mystic to create his latest album, "The Saddest Noise." The new album features lyrics inspired by her poems set to music and was recorded while Matthew was in isolation. It was later mastered at Wintec School of Media Arts by fellow musician Jason Long.
"Poet Emily Dickinson knew all about isolation," says Bannister. "She scarcely left her family home in Amherst, Massachusetts, preferring to write a body of poems now regarded as amongst the greatest in American literature".
Dickinson (1830-1886) was a recluse, but the posthumous publication of her poems led to her being hailed as a feminist icon. They use short lines and often plain language to describe her tortured relationships with other people, nature, God and mortality.
Although the words of Dickinson, arguably one of the first 'goths', may be bleak, Bannister says his take is more upbeat.
Bannister found that Dickinson’s poems make ideal lyrics for songs. "I started learning poetry to help me meditate. Reciting from memory takes my mind off things. I always find it easier to write music than words, so using her poems was easy, as they're short and song-like."
Given the nature and ideology of her poetry, Bannister wanted women to perform these songs with him. So, he was joined by his partner, Alice Bulmer, who played bass. Also featured on the album were two members of his ukulele group, Tangi Habib and Melissa Hackell, who sang harmony vocals, and Sonya Mitchell on the accordion. The ensemble will perform the album live at the launch event on Friday, 29 July, at Never Project Space in Kirikiriroa, Hamilton.
The Saddest Noise is available on CD or via Bandcamp:
Follow One Man Bannister on Facebook
Album launch event details:
When: 8pm, Friday, July 29, 2022
Where: Never Project Space
And at Clare Inn, Auckland, Fri Aug 19 (w/Jan Hellriegel).
Also instore at Flying Out, Auckland, Sat Aug 20.
Wintec is a business division of Te Pūkenga.
Related stories:
Wintec researchers launch new books on Taika Waititi and rock legends Queen
Limerick wins student top prize in Wintec's first '180-Second Thesis' competition
Exhibition at Wintec showcases Barbara Tuck's painting career