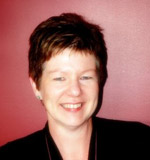 Bernie has been with Wintec since early 2007, initially working with the Finance team for just over 12 months, and then joining the Hairdressing and Beauty Team in June 2008 - "I have learned so much since working with the team here and I'm thoroughly enjoying being in such a creative atmosphere with lots going on." She also says "this might sound geeky but I enjoy working with numbers!" but a geek she is not.

Bernie is previously from Auckland, and has worked in a variety of administration roles including working in the recruitment industry, she has worked for organisation's such as Unitec so is familiar with the education environment . Bernie and her husband Mark returned to the Waikato after 22 years away, and now reside in Cambridge. In her spare time she enjoys numerous hobbies, but mainly sewing and cooking.