Four Waikato leaders in the areas of innovation, business, arts, and health will receive honorary awards from the Waikato Institute of Technology (Wintec) for their longstanding contribution to their respective fields.

Le’aupepe Elisapeta Peta (Peta) Karalus, a health professional with a relentless passion for helping the Pasifika community, will receive an Honorary Fellowship. Sir James Wallace, an arts patron behind one of New Zealand’s most important art collections, and Dallas Fisher, businessman and entrepreneur extraordinaire will receive honorary degrees. David Sidwell, one of New Zealand’s most highly acclaimed musical directors will receive an institutional medal.

Wintec chair, Barry Harris says: “We’re delighted to be awarding Wintec honorary awards to people of such high calibre within our communities. They’ve all made exceptional contributions in their own unique ways and we’re pleased to acknowledge them with this prestigious honour.”

Wintec awards fellowships, degrees and medals to people who have made a significant contribution to Wintec, the region or the nation through innovation in industry or business, scholarship and research, or enhancing New Zealand society.

“I felt greatly overwhelmed when I was told I was receiving this award,” says Peta Karalus. “I will receive the award with honour on behalf of all the people and communities that were instrumental in making K’aute Pasifika Trust what it is today.”

Peta moved to New Zealand from Western Samoa when she was 17, after being awarded a New Zealand Government Nursing Scholarship to study. She trained and graduated as a Registered Nurse, went on to complete her Bachelor Degree, followed by a Masters in Health Policy and Health Perspectives (Hons) in 2001. She holds a high chief title, Leaupepe from the village of Fasito’outa and is the current President of the Fonofaufautua a Samoa, Advisory Council of Chiefs, Hamilton.

In 1999, Pasifika communities in Hamilton came together, seeking a Pasifika-focused service to enable the health and wellbeing of Pasifika people. Peta established K’aute Pasifika with the help and support of these communities and led the vision, ‘united we achieve’ as Chief Executive Officer for the next 18 years. Her passion and commitment helped enable the organisation to go from strength to strength.

K’aute Pasifika Trust now services more than 4,000 Pacific Island clients in Hamilton with a range of health, social and education services. In 2011, Peta successfully led the work of establishing Aeretai Regional Collective and Network, which brought together Pasifika Providers in Hamilton, Tokoroa, Tauranga and later Taranaki, Hawkes Bay and Gisborne. K’aute Pasifika is the lead provider for the Midlands Pasifika Collective and Whanau Ora Services throughout the wider Waikato region.

On top of this, Peta led the establishment of the Pasifika PowerUP Plus programme in 2016, which actively supports Pasifika parents, families and communities to champion their children's learning. The model was developed and funded by the Ministry of Education. PowerUP has proven to be a success and the collaboration between Wintec and K’aute Pasifika made this a reality.

Peta has contributed to several important pieces of research and held numerous roles within the community. She is a Justice of the Peace and was also awarded Member of the New Zealand Order of Merit in the Queen’s Birthday Honours 2006, for services to the Pacific Islands community.

Sir James Wallace, Master of Arts honorary degree
“I was delighted and surprised to be advised that Wintec was offering me an Honorary Master’s Degree,” says Sir James Wallace. “I am particularly pleased that it is in recognition of my involvement with both the arts and business.”

Sir James Wallace took music and art into his life in the form of opera at the age of 16. He is the man behind one of New Zealand’s most important art collections, Wallace Arts Trust, a treasure trove of more than 9,000 works by New Zealand artists.

The vision of the Wallace Arts Trust is to support, promote and expose New Zealand contemporary artists of all disciplines while providing the wider public with an inimitable cultural and historical resource of contemporary New Zealand art.

Sir James, a Waikato-based primary industry entrepreneur, began collecting New Zealand art in the mid-1960s. The original aim was to assist emerging artists through both patronage and promotion through exhibitions. Nothing is ever sold so that the body of works will remain in its entirety as a cultural resource for present and future generations.

He has a strong connection to the Waikato with the Wallace Gallery Morrinsville: a contemporary gallery with multiple spaces that showcase New Zealand art and artists alongside the Sir James Wallace Arts Trust Collection.

27 years ago, Sir James Wallace established the Annual Wallace Art Awards. These awards are the longest surviving and richest annual art awards of their kind in Australasia, amounting to approximately $275,000, and include residencies in New York, Vermont, San Francisco, Switzerland, Rome and Vladivostok.

Beyond this the Trust financially supports many other arts organisations in New Zealand. Sir James Wallace is patron, trustee or board member of 20 such institutions. He was appointed Knight Companion of the New Zealand Order of Merit for services to the arts in the 2011 Queen’s Birthday Honours list.

Sir James is also the chairman and managing director of Wallace Corporation, which merged with another meat co-products business, Modena to create the Wallace Group Limited Partnership. Wallace is a business with more than 80 years’ experience of recycling and reducing agri waste, employing people across New Zealand and servicing markets across the globe. 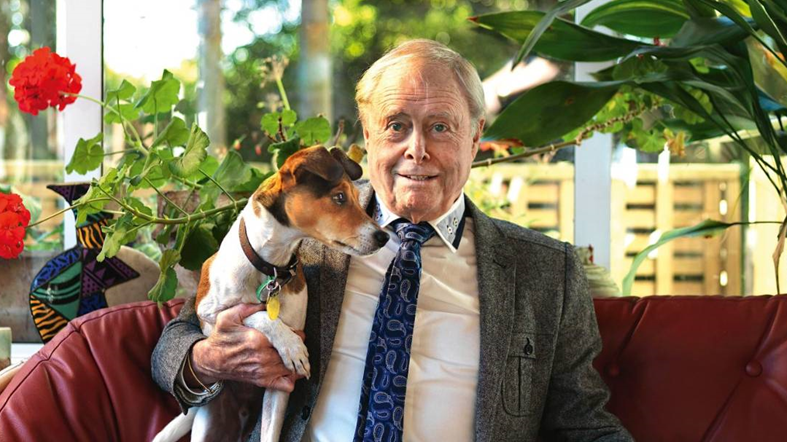 “Innovation is at the heart of everything I do,” says Dallas Fisher. “Having the courage to try new approaches, thinking and structures is great fun and very motivating. Encouraging people to take risks and think out of the box is rewarding.”

Dallas Fisher is well-known for his outstanding contribution to the community, his passion for innovation and progress, and his involvement in a number of successful companies across the business sector.

Dallas was instrumental in bringing the Sevens to Hamilton, is a founder of NDA Group, a leading Waikato engineering firm, one of two directors for the largest privately owned caterer in New Zealand – Montana Food and Events, and a director of Chiefs Rugby Club.

His many philanthropic interests include Hospice Waikato and Perago Trust, which supports young athletes in the Cambridge community.

Dallas was appointed an Officer of the New Zealand Order of Merit for services to business, philanthropy and sport in the 2018 Queen's Birthday Honours.

Dallas was born in the tiny Gisborne community of Te Karaka, and has lived in the Waikato for the past 30 years. He is an active member of the Waikato community as trustee of MESH Sculpture Hamilton and chair of the Tamahere Community Committee.

David Sidwell says he was “completely surprised and felt very honoured” when told of being awarded an Institutional Medal from Wintec.

“I’ve taught music at Wintec for almost 18 years, and I have a long history in the world of music and theatre throughout New Zealand, Australia, Russia and the USA. Teaching at Wintec means I can share my passion for music and theatre, and help others hone their professional skills.”

David’s enduring commitment to the arts has earned this long-standing member of the music and theatre community, global and local recognition for his work.

David joined Wintec in 1999. For 19 years he has inspired and guided Wintec students as programme manager, team manager, and postgraduate supervisor within the School of Media Arts. He currently manages the Postgraduate and Music & Performance Arts Department in the School of Media Arts, has conducted extensive research for more than a decade, and has been the director for Hamilton Operatic Society and other theatre companies since 1986.

In 2014, David was awarded with the civic award of Freedom Holder of the City, which is the highest civic honour, for his significant contribution to Hamilton City’s music and theatre community.

David has been instrumental in bringing a number of spectacular performances to the Waikato, including Les Misérables, The Phantom of the Opera, Cats, Evita, Oliver!, The Rocky Horror Show, Sister Act and Mary Poppins.

With more than 40 years involvement in music and theatre as musical director, composer, orchestrator, arranger and pianist, it is no wonder David Sidwell has become one of the country's most highly acclaimed directors of musical productions. 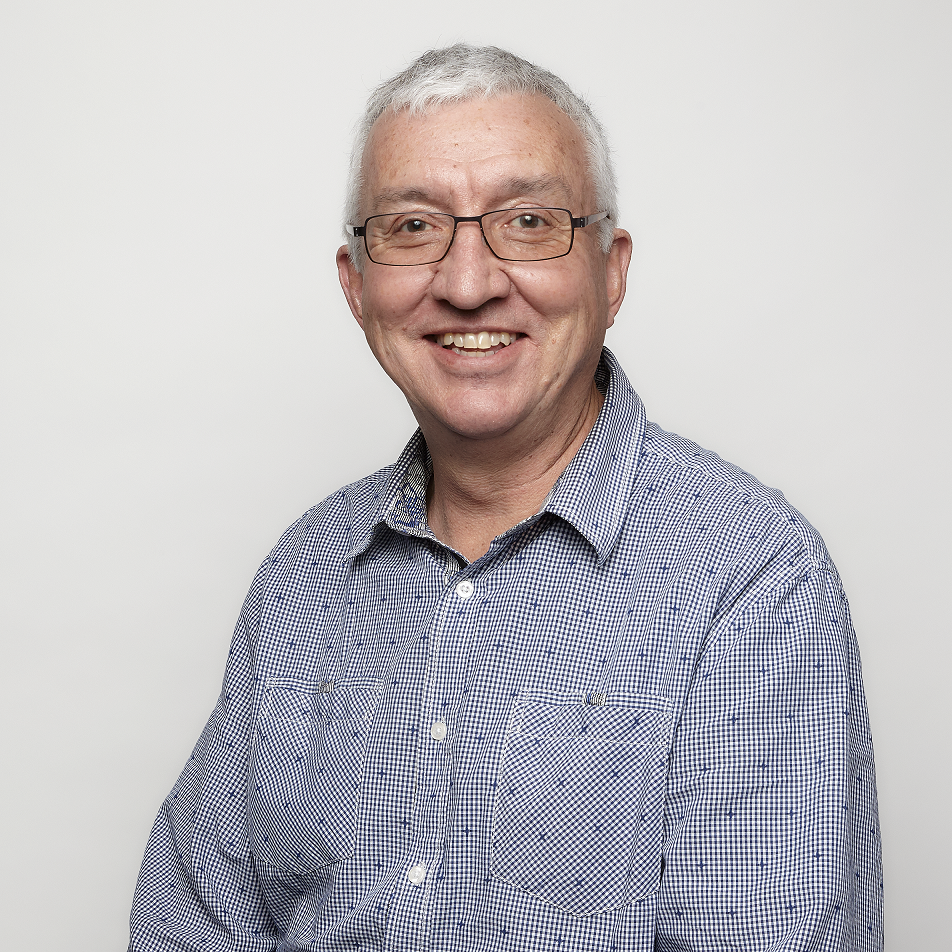 Our latest honoraries will be recognised at events next year. Some of New Zealand’s greatest names make up Wintec’s family of honoraries.