With over 25% Māori at Wintec, it makes sense to create environments that nurture Māori ways of knowing and being in order to see successful outcomes. Through the establishment of the Māori Achievement Unit, Wintec has been embarking on a new and unique journey, creating opportunities to realise a whole-of-organisation approach that focuses on Māori success, ngā āhuatanga Māori - Māori cultural identity, me he mātauranga Māori; and kaupapa Māori and Māori world view. Importantly, this has influenced the increase of completion and retention rates for Māori students at Wintec. Alongside, Wintec has fostered their commitment to Māori while continuing to build strong relationships and connectivity with Māori communities within Waikato / Tainui.​​

Oxenham was a key driver of the event after joining the ATLAANZ executive committee in late 2018. The hui-fono (which translates to ‘a gathering for a focused purpose’ in te reo Māori and various Pasifika languages) was proposed to help bridge the gap between groups working with Māori and Pasifika students.

“Although the hui-fono specifically focused on Māori and Pasifika issues, we all work together to deal with those issues.

“We opened the event to the community working in this domain because we wanted connection and community around Māori and Pasifika student and staff needs, wants and eventual successes.

“We understand, for example, that learning and development aren’t isolated to one person alone – others walk that journey with us.”

For Oxenham, these connections led into the topic of reclamation of Māori and Pasifika spaces, places and times, an additional theme of the conference.

“The challenge is: ‘will you walk in my world view?’ We encourage our peers to walk with us in our world of learning and teaching. We want to build a true partnership where we both view the world through the other’s eyes. 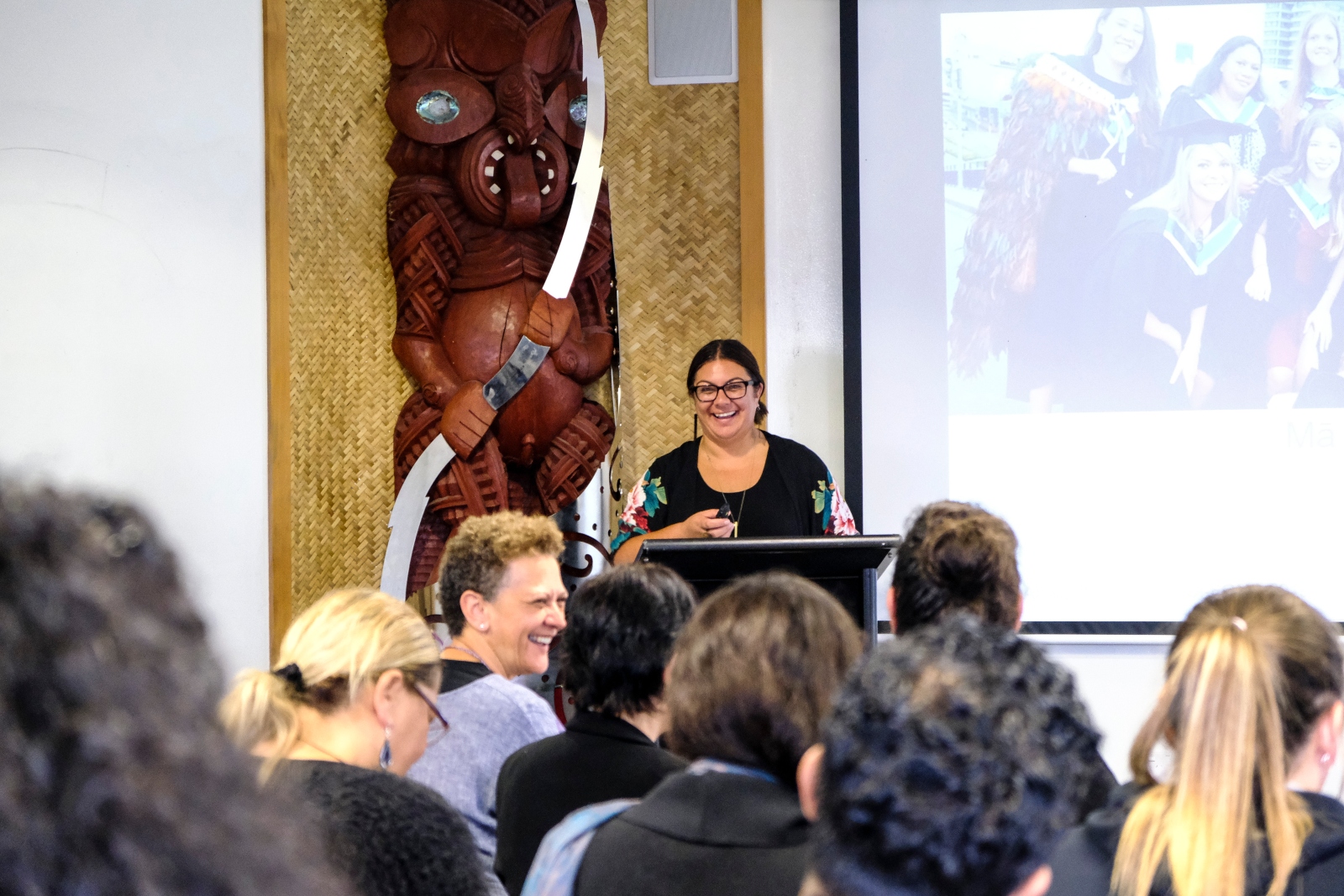 The event’s whakataukī (proverb) reads “He tao hema ki te koi rānō” (a spearhead tapered to sharpness) and has a poignant meaning.

“We are the spearhead. On taiaha (weapons), the tip is often known as the ‘tongue’. By our actions, research and words, we are sharpening ourselves to make sure that Māori and Pasifika practises and philosophies say  ‘we are present.’ We are aiming to normalise them and create a new synergy in Aotearoa.”

Hera White, Wintec’s Executive Director, Māori, says the event was an important one and that Wintec backs the move towards a more connected New Zealand.

“Māori and Pasifika support is critical to learner success and this conference is a great opportunity to share and focus on these great practises. Wintec supports it and all it represents.”

Topics included Pacific indigenous frameworks, spiritual safe-learning practices for Māori and Pasifika students and the Māori concept of time. Wintec presented on how to empower adult learners through Māori and Pasifika Trade Training and Te Ōritetanga, the learner success model being developed by Wintec and the Tertiary Education Commission.

The Hui-Fono took place in front of a booked-out crowd that included representatives from WelTec, Massey University, Auckland University of Technology, Unitec, and the Ara Institute of Canterbury.

Oxenham, who is of Ngāti Māhanga, Ngāti Pikiao and Ngāpuhi descent, joined Wintec in 2004 after being initially contracted to translate Wintec’s student learning platform (Moodle) into te reo Māori, making Wintec the first institute in New Zealand to do so.